The Community Land Act: Now it’s up to communities 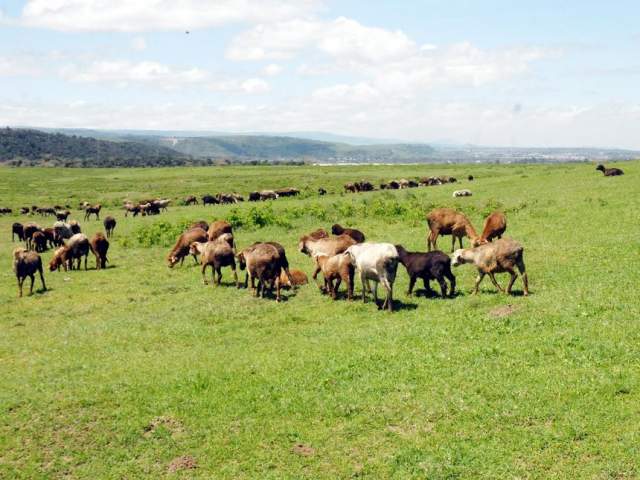 Sheep graze on a section of disputed land in Naivasha. The Maasai, Kalenjin and Kisii tribes have clashed over land disputes. /FILE

At last Kenya has a Community Land Act. This was enacted just 10 days before a constitutional deadline. The law is unlikely to come into force until regulations under the Act are issued. With a number of uncertainties in the law, and community title an entirely new species of ownership in Kenya, their content will be crucial. The law commits the Cabinet Secretary to draft the regulations with public participation.

This law has been a long time coming. The urgency of relieving millions of Kenyans from being de facto tenantss of the state was brought to the attention of the Njonjo Land Commission in 1999. A decade later, the new Constitution marked the turning point. It declared, ‘All land in Kenya belongs to the people of Kenya collectively as a nation, as communities and as individuals’ and announced classes of public, community and private land ( Article 61 ). The Land Act, 2012 followed up with groundbreaking recognition that customary land rights have equal recognition with freehold and leasehold rights and may not be discriminated against.

This did not bring immediate liberation for customary landowners. Unlike Uganda, Tanzania (and latterly South Sudan, for all its ills), or remoter states like Mozambique and Ghana, most community land in Kenya remains held by county governments until communities secure collective titles.

Can the trustees be trusted?

Many communities have seen this trust betrayed, such as documented by the Ndungu Commission in 2004. And, although the Constitution banned dealings in community land until there was a law clarifying rights in this land, complaints about loss of lands suggest that the ban has been largely ignored.

One of the problems with the Constitution is lack of clarity over what land is community land; particularly there are overlaps with public land. Yet, even after all this time, the Community Land Act has not delivered clarity on what constitutes registrable community lands, or if and when these will take precedence over public lands.

For some time now forest hunter-gatherers have been contesting Government claims that their ancestral lands (defined as community land) are public lands by virtue of (also) being National Forests. This overlap now looks like the tip of the iceberg.

While the Constitution was clear on the limits of public land, the Land Act (s. 12 ), implies that not only government forests and wildlife reserves are public land, as the Constitution provides, but also buffer zones around them. Not only all waters, but also lands along rivers and streams, and lands which may be subject to erosion or floods. These, and natural, cultural and historical features in public land are not to be allocated to anyone (in other words must remain public land).

The Community Land Act also makes clear that ‘Any land which has been used communally, for public purpose …[is] public land vested in the national or county government, according to the use it was put for’ (section 13.2 ). A conflict of communities?

For many communities these realities will only come to light at the point of final adjudication of their lands.

The challenges do not stop there. There are confusing provisions about registered community land being reserved ‘for the promotion or upgrading of public interest’ as decided by the community or national or county government (section 13 ( 3 )(f)). It is unclear how much choice the community has about this. Nor is it clear whether this reserved land then becomes public lands (section 26( 2 )).

Was this a mistake, or an ill-concealed attempt to coerce community members to subdivide as much community land as possible, conferring individual rights? This will certainly be the effect - there can be no incentive for a community to reserve part of its lands communal uses if there is a risk of these being gazetted as public property.

Formalization has just become more urgent than ever

While communities will not feel their lands secured until these are safely under formal titles, this could take a long time especially if disputes between communities and government agencies arise as to what lands and resources may be included.

Establishing formalization procedure is a main purpose of the Act. It asks communities to define and register themselves and await adjudication, survey, demarcation and registration. Kenya began much simpler individual house and farm titling 60 years ago. In 2014 the National Land Commission reported from Ministry of Lands data that over a million parcels were awaiting titles under existing adjudication exercises.

With much larger estates to identify and demarcate and many more actors to satisfy, community titling will be yet slower. In the absence of community level government such as instituted in Tanzania or Ethiopia, Kenyan communities will have to formalise themselves, their land rules, and land governance institutions from scratch. As many communities are pastoralists with overlapping rights to the same domains, this will often be contentious. Innovative guiding regulation is needed.

Political will may be weaker than needed to see this through

The outstanding question confronting communities is how far government will smooth the path to prompt and fair entitlement? A great deal relies upon the Ministry of Lands. It has just made its job harder by clawing back powers and duties which could have been developed under county land management boards, which were abolished by the recent Land Laws (Amendment) Act.

The time it has taken to bring the Community Land Act into being suggests that the will to help poor rural communities secure title to around half or more of Kenya’s land area is ambivalent. It could well be the case that the law has only been enacted because of fear that failure to do so within the time stipulated by the Constitution, already extended once, would lead to the dissolution of Parliament.

Time for communities to act

If too much still relies upon central government’s commitment, the more acceptable pressure is upon communities themselves, including to hold the State to account. One advantage of the law taking six years to see the light of day is that it enabled drafters to recognize that collective property and community-based land governance have their place in modern tenure. It also enabled practical experiences from elsewhere to be brought to bear. This included removing the requirement for communities to expensively register legal entities to hold title on their behalf. Other changes since the original Bill include the institution of a community assembly comprising all adults as the ultimate decision-maker and the right of communities to zone and regulate different parts of their estates under community-agreed rules.

Ensuring that an adjudication programme is launched - and implemented -within three years is a helpful, if unduly ambitious, obligation to lay at the Cabinet Secretary’s door. To be achievable, regulations will need to devolve key functions to county governments and empower civil society actors to work with communities to fulfil all steps and resolve all local conflicts at least to the point of final adjudication and registration. A watchful eye will also be needed to ensure delivery keeps within the terms of and spirit of the Constitution.