Territories of Life workshops with the Shawi people 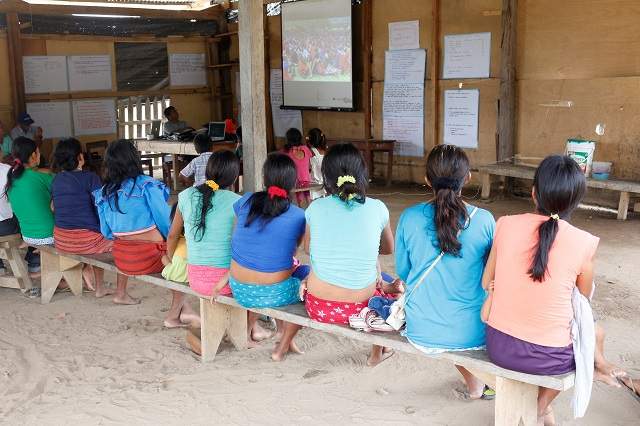 In late February 2017 LifeMosaic partnered up with Gil Inoach Shawit, director of Peru Equidad and president of AIDESEP from 1997-2003, to facilitate a three-day workshop for Shawi community leaders in the village San Antonio, Loreto department, Peru. 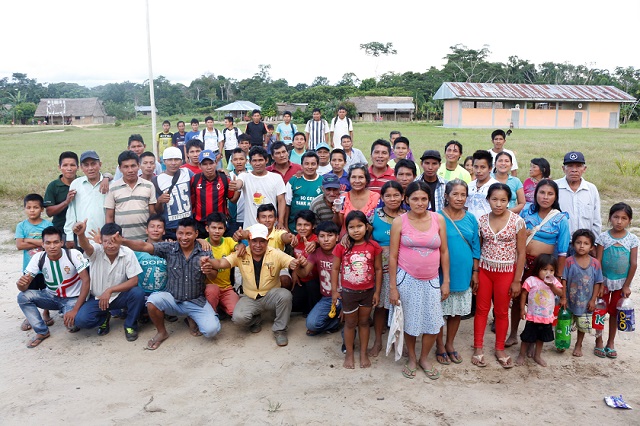 Workshops with the Shawi people, Peru

The 20,000 Shawi who live in their ancestral territories surrounding the Purunapura River face numerous threats to their lands and culture.  The nearby town of Yurimaguas will soon become a focal point of the South America infrastructure integration initiative (IIRSA) project; agroindustry is interested in using Shawi lands for rice, papaya and palm oil plantations; the state wants to convert part of Shawi territory into an area of national conservation; a new power line connecting Moyobamba and Iquitos is projected to be built across Shawi lands; and colonists are renting or buying outright lands from individual Shawi families within Shawi territorial boundaries. 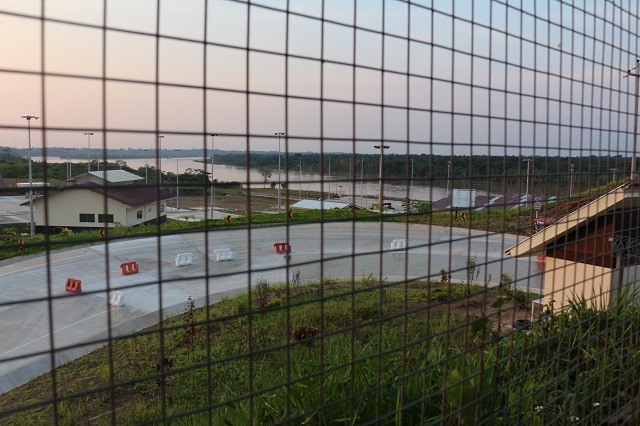 The new port near Shawi territory

The aim of our workshop was to open a space for Shawi leaders to consider the threats they are facing, learn about how other communities are acting to defend their territories, and set out a concrete plan of action to help ensure the territorial and cultural survival of the Shawi people.  Between 60-80 participants attended each day from 15 communities across the ancestral territories of the Shawi. 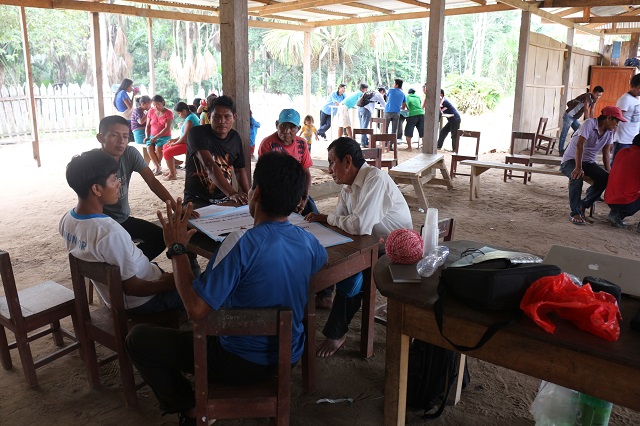 Across the three days of sessions and videos we examined what territory means to the Shawi people, the benefits secure tenure to territory brings, the current threats to Shawi territory as well as the global context of land grabs and the tactics commonly used by companies and governments to grab land.  We saw how other communities across the world are defending their lands and taking steps towards autonomous futures, while considering the actions that could be taken by the Shawi to safeguard their culture and counter the threats they are facing.  The participants learned about the legal protections that give them rights to their ancestral territories and the new legal requirement for communities to be consulted by the Peruvian government over any activities that may affect them. 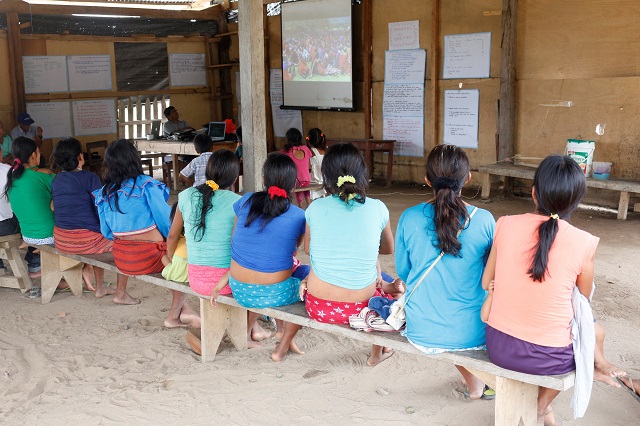 A number of concrete points of action came out of the workshop, most of which will be brought up at the next Shawi General Assembly to be debated by the entire community in April.  These points include a resolution to ban the renting out or sale of any land within Shawi territory to colonists or companies, the identification of and incorporation of elders who can teach children the age old pottery skills of the Shawi into the school system, a number of steps to prevent part of Shawi ancestral territory becoming a state run conservation area, an overhaul of the current leadership systems in place and the setting up of a school for young leaders. 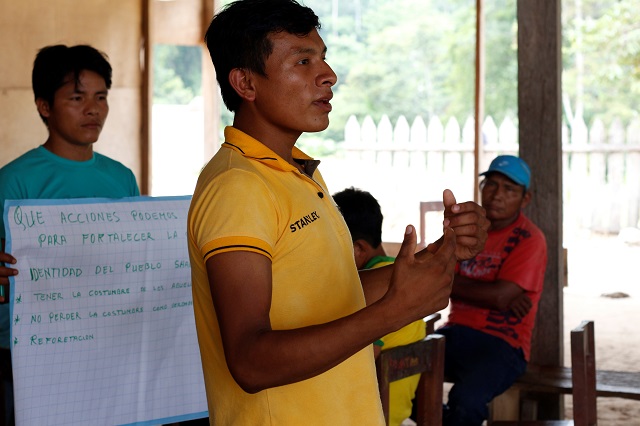 Miguel outlining his ideas on how to strengthen Shawi culture

Participants were keen for us to organise follow-up workshops to continue the process of learning and movement building.  As facilitators we were encouraged by the dedication of the participants and the hard work they put in to ensure concrete steps of action came out of the ideas generated within the workshops.  Gil Inoach, our partner on this project from Peru Equidad, was impressed with the impact LifeMosaic’s visual resources had on the participants as well as the participative methodologies used in the training.  He is keen for us to replicate these workshops with communities across the Amazonian region, which we hope to fundraise for in the near future.