Rivers Get Human Rights: They Can Sue to Protect ThemselvesIn New Zealand and Ecuador, rivers with l 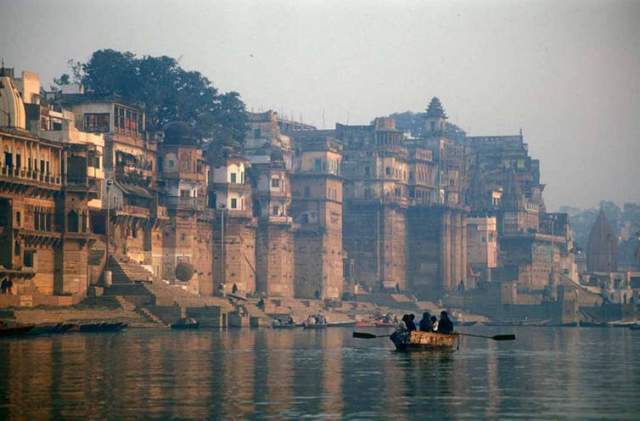 The Ganges, which flows through the sacred city of Varanasi, was granted human rights in March 2017. (Babasteve/Wikimedia, CC BY-ND)

In the early 2000s, the idea of giving legal rights to nature was on the fringes of environmental legal theory and public consciousness.

What on earth does this all mean?

The theory of giving rights to nature was proposed in the 1970s by the American legal scholar Christopher D. Stone as a strategic environmental defence strategy.

In environmental litigation, many cases are unsuccessful because the people who bring the suit lack the legal standing to do so. It is hard for a plaintiff such as the US environmental protection organisation the Sierra Club to demonstrate why it – and not, for example, a property owner – has the power to sue over environmental damage.

In other words, it’s difficult for nature’s de facto representatives to defend its interests in court.

As a workaround, Stone suggested giving rights to the environment itself, because, as a rights holder, the environment would have the standing to bring a suit on its own behalf. Rights of nature, then, are not rights to anything in particular but simply a way to enable nature to have a legal hearing.

It took decades for lawyers to turn theory into reality. But in 2006, Tamaqua Borough in Pennsylvania became the first US community to recognise the rights of nature within municipal territory. Since then dozens of communities have adopted similar local ordinances.

Nature is gaining rights internationally, too.

In Ecuador, article 71 of the 2008 Constitution states that nature “has the right to integral respect for its existence and for the maintenance and regeneration of its life cycles, structure, functions and evolutionary processes”.

In practice, that means that all persons, communities, peoples and nations can demand that Ecuadorian authorities enforce the rights of nature. One of those rights, according to article 72, is the right to be restored.

Ecuador’s approach to nature’s rights, which was soon emulated in Bolivia, were notable in two ways. First, it grants nature positive rights – that is, rights to something specific (restoration, regeneration, respect).

It also resolves the issue of legal standing in the most comprehensive way possible: by granting it to everyone. In Ecuador, anyone – regardless of their relationship to a particular slice of land – can go to court to protect it.

The first successful case was brought in 2011 by the Vilcabamba River. Its representatives in court were an American couple with riverfront property, who sued the provincial government of Loja, arguing that a planned road project would deposit large quantities of rock and excavation material into the river.

Overall, however, Ecuador and Bolivia have seen mixed results. In both countries, extractive industries continue to expand into indigenous territory, pursuing oil (in Ecuador) and mining (in Bolivia).

In Ecuador, civil society groups have struggled to exercise nature’s rights effectively, in part because the domestic economy depends on the very environmentally-damaging activities they would like to target.

PERSONHOOD FOR THE WHANGANUI

Things are going better in New Zealand, which passed its first rights for nature law in March 2017.

There, the Whanganui River, which flows across the North Island, has been granted rights of personhood. That means the river – but not nature writ large – can act as a person in a court of law; it has legal standing.

This formulation, which more closely resembles the American theoretical origins of the rights of nature, diverges markedly from Ecuador and Bolivia’s model by naming specific guardians and not granting positive rights.

If the Whanganui had the right to flow in a certain way, for example, then any change to its course would be a violation of its rights. Absent this kind of right, the river is simply empowered to stand for itself in court; its legal guardians determine the positive content of its rights.

It is thus theoretically conceivable that the river might one day argue for its course be changed because that change is necessary for its long-term survival (say, as an adaptation to climate change).

Because indigenous communities play an important role in fighting for nature’s rights in all three countries, it is often assumed that they are and will continue to be the obvious guardians of nature.

After all, from China to El Salvador, indigenous peoples are on the front lines of environmental defence.

But there are problems with this assumption. The indigenous of the world are not a homogenous group that inherently cares for nature.

Additionally, unless the law designates a specific community the legal representative of nature, as in New Zealand, there is no guarantee that the intended community will be the one that ends up speaking for nature.

In Ecuador and Bolivia, the relevant legal texts use morally loaded language and rich references to indigenous communities that make clear the intended guardians of the nations’ natural treasures.

But standing is in fact granted broadly, and neither of the two legal cases settled in favour of nature to date in Ecuador was brought by an indigenous group.

One suit was won by Americans (in the name of the Vilcabamba River) and the other, lodged on behalf of nature in San Lorenzo and Eloy Alfaro districts in 2011, was brought by the state, which sued to stop illegal small-scale mining operations in the area. The spirit of the law might have been violated in these cases, but the letter surely was not.

Ambiguous language could also permit abuse. In theory, given a sufficiently wide definition of standing and of nature, oil companies themselves could use the rights of nature to protect Ecuador’s hydrocarbon reserves.

New Zealand’s narrower approach may prove more effective in the long run. By granting natural entities personhood one by one and assigning them specific guardians, over time New Zealand could drastically change an ossified legal system that still sees oceans, mountains and forests primarily as property, guaranteeing nature its day in court.

This article was originally published on The Conversation. Read the original article.