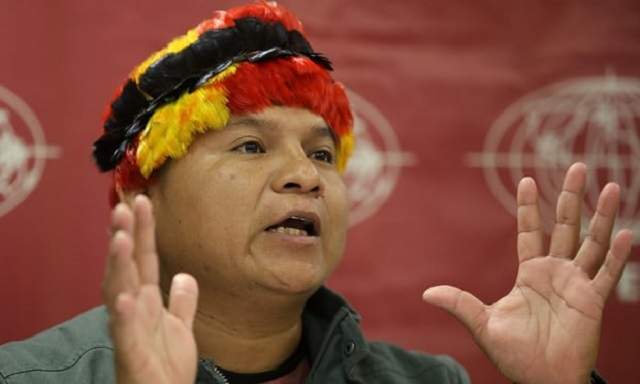 Indigenous leaders from the area around Peru’s largest oil field have threatened to block the government from accessing their territories and halt oil production unless an indigenous rights law is applied within 20 days.

The tribal leaders, who hail from four Amazon river basins, accuse the government of refusing to carry out a consultation process even though it is negotiating a new 30-year contract for oil block 192 with Frontera Energy, a Canadian firm, whose current contract expires in early 2019.

The so-called prior consultation law, passed in 2011 in Peru, requires the government to seek free, prior and informed consent from indigenous people before approving any development plans that might affect them.

But officials from Peru’s energy ministry refused to confirm if a new consultation process would be undertaken, stating that a 2015 process was still valid. Indigenous leaders representing more than 100 communities in the Marañon, Pastaza, Corrientes and Tigre river basins said that process had been carried out in “bad faith”.