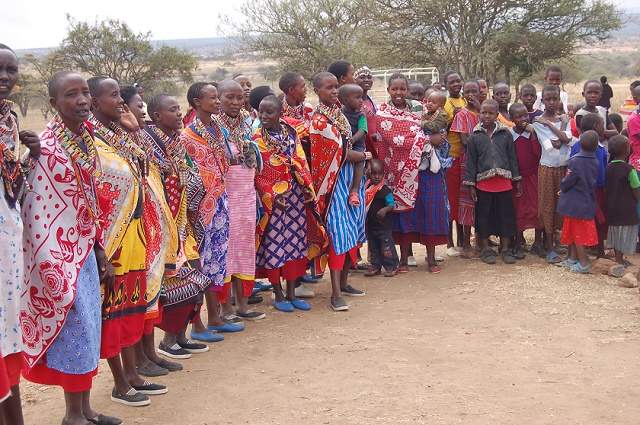 NAIROBI, Kenya – After a five year gruelling court battle, the indigenous Maasai community in Northern Tanzania has lost the right to its traditional land after the High Court handed it to a US-based tourism company in a court ruling on 27 October.

The company, Thomson Safari, is developing a tourism site and a wildlife conservation area on the 10,000 acre land, but now this has put at stake the main source of livelihood and indigenous knowledge for the indigenous and semi-nomadic people, warn community leaders, lawyers and minority rights experts.

[Maasai] The Maasai have retained most of their traditions and customs even as modernity creeps into most African communities. For their distinctive customs and symbolic dressing styles, their images are often used by Kenya and Tanzania to promote tourism. Yet, the ruling by the Arusha-based court appears to cast a dark shadow on this bright side of the community.

“Generally, when land is taken away, it interrupts the people’s way of life. Land holds important customs and traditions and indigenous knowledge such as medicine. When it is taken way, a situation where the indigenous knowledge can be lost is created,” Rashid M. Rashid, the Maasai community lawyer in the case, said in an Interview.

Pastoralism is an integral part of Maasai culture, as well as their livelihoods, and anything that erodes pastoralism means that the Maasai lose touch with their culture, adds Mohamed Matovu, Africa Regional Information Officer at Minority Rights Group International (MRG).

“They may be forced to move to the city to find work, for example, and this means loss of indigenous knowledge, which is deeply linked to the natural world,” the official said.

Affected are residents of Mondorosi, Sukenya and Soitsambu villages Loliondo district. They had sued the Tanzania Conservation Limited (TCL) and the government-owned Tanzania Breweries Limited (TBL) in 2010 over the ownership of the land. TCL has the same ownership as the Thomson Safaris, the US-based tourism company which is a division of Wine-land Thomson Adventure, based in Massachusetts, according MRG.

The community had asked the court to revoke the company’s land title, prevent TCL from converting the land’s designated use from pastoralism to tourism, and award damages for the injuries they have suffered following their exclusion from the land.

As the company takes control of the land, community members say important water sources and plants which the Maasai have used for decades extract traditional medicine will be inaccessible or lost. This is together with the space the land has provided for cultural practices such a circumcisions or passage of the age sets from Morans to young adults. With the grazing land gone, its means traditional knowledge of animal diseases and their treatment widely linked to their activities will also disappear.

“The land is central to the community’s livelihood. Without access to the water wells on the land which we have used for years, I am not sure how the community will survive,” said Joshua Makko, an elder who has been involved in the case.

“The loss of indigenous knowledge such as traditional medicine that is found in the plants growing there cannot be underestimated,” he added, citing roots used with soup to treat mothers who have delivered as one of the examples.

The origin of the dispute can be traced back in 1994, when TBL acquired the land on the borders of the villages for growing wheat and barley. The company used only 700 acres and life continued normally for community, with people continuing to graze their animals, while accessing water from wells there.

But in 2006, things changed when TBL sold the leasehold to Thomson Safari. The company started developing the land as a wildlife conservation area and tourist site while evicting the community. This sparked off protests during which the community claims their homes were razed with the residents being beaten and detained. Others have been shot at for trying to use the land and water at or near the contested land.

“It is a significant defeat for the Maasai of Loliondo, who depend on raising and herding cattle in this harsh environment to earn their fragile living, and have had their main means of survival jeopardized by both international investors and their own government,’ said Lucy Claridge, MRG’s Head of Law in a statement.

The latest ruling comes as the Maasai continue to battle for the legal rights on their name following the wide use by corporations to brand their businesses. The Maasai have been asking for a share in the profits that have accrued after their name helped grow the businesses.

According to Ron Layton, founder of LightYears IP, a non-profit organisation dedicated to alleviating poverty by assisting communities gain ownership of their intellectual property, between 40 – 50 companies are still using the Maasai brand. LightYears IP says on its web that about 1000 companies have used the Maasai imagery to promote their products because associating a consumer product with the Maasai increases sales.

“There were a lot of companies that had been using the name Maasai with their brands without the approval of the community, but many have since stopped,” said Layton, whose organisation has worked with the Maasai in Kenya and Tanzania to establish the Maasai Intellectual Property Initiative (MIPI). The indigenous organisation of elders and leaders has been seeking to unite the Maasai people to take control their cultural brand.

According to Layton, initially there was no single organisation that represented all the Maasai and that made it difficult for them to claim the right to their name. Still, the current organisation represents only a small number of the community estimated at about 3 million.

Asked if the Maasai will finally gain from the use of their brand by the companies, Layton said: “I am sure some revenue will come one day, but it will take a lot of hard work and representation.”

Still, there is a challenge for the Maasai: There is no intellectual property right which specifically protects the cultural identity of an ethnic group or national group.