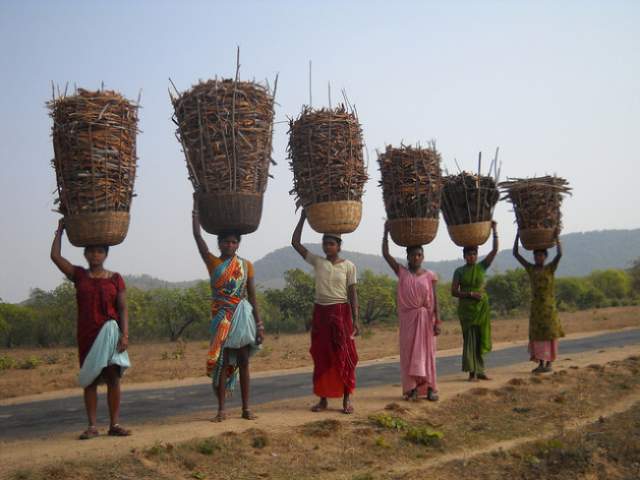 Interlaken, Switzerland, Sep 23 2013 (IPS) - The lack of land rights is a crisis not just for local people but for all of humanity, warned organisers at an international conference here.

Evidence shows that without more land under local control, our ability to tackle climate change, fight poverty, increase food availability and preserve cultural and biological diversity will be seriously impaired, said Andy White of the Rights and Resources Initiative (RRI) at the opening of the Community Land and Resource Rights conference Sept. 19-20.

Some 200 participants from 40 countries applauded a goal of doubling the amount of land recognised as owned or controlled by indigenous peoples and local communities by 2018.

There is a global rush to control land for logging, minerals and agricultural plantations, said Duncan Pruett, policy advisor on land rights for Oxfam, one of the conference organisers.

“We need to secure the rights of the people who live on the land. This is an age-old problem whose urgency only increases as the demand for resources skyrockets,” Pruett said.

In many developing countries, governments claim control over more than 90 percent of the land even though indigenous peoples and local communities have lived there for hundreds and thousands of years.

In fact, one in three hectares of lands governments have granted commercial concessions to is already used and occupied by indigenous communities, a new analysis released here shows.

The Munden Project used geographical information system (GIS) mapping technology to analyse over 153 million hectares of concessions in 12 countries in Africa, Asia and Latin America. It found that 31 percent of all commercial concessions (by area) are overlapped in some way by community-claimed lands.

Businesses and investors in these concessions often do not know the land is occupied because there are few formal land titles in much the developing world. This often leads to protests, confrontations and violence, the report noted.

From an investment perspective, “legal, civil and sometimes violent opposition to projects can impair profitability” by preventing and disrupting operations, said Lou Munden, head of the project.

Banks, investors, insurers and companies don’t factor in this reality when they assess or value the risk of a project, Munden told IPS.

If the 31 percent of concessions with overlaps are in agricultural production, some five billion dollars of investments are at risk, he calculated. Those numbers ought to grab the interest of the business community, Munden said.

If companies want to reduce their risk and avoid disruptions they would be wise to work directly with local communities first, said Rukka Sombolinggi of the Indonesian indigenous organisation Aliansi Masyarakat Adat Nusantara (AMAN).

There are places that are too sacred to local people to allow any development. To get certainty and stability over the long term, companies need to work with local people, she said.

Thanks to AMAN’s efforts, Indonesia was recently forced by its constitutional court to acknowledge that indigenous people had a legal right to their lands. The government had designated millions of hectare as “state forest lands”. Now at least four million ha, including those with commercial concessions, is supposed to be re-allocated back to local people.

That is a major victory for indigenous people around the world, said Vicky Tauli-Corpuz, executive director of Tebtebba (Indigenous Peoples’ International Centre for Policy Research and Education).

The reality is that lands and forests in indigenous territories are in better hands with local people than governments, Tauli-Corpuz told IPS.

This is borne out in a recent study that revealed tropical forests under strict protection by governments have far higher rates of deforestation than those under the care of local communities. The Center for International Forestry Research (CIFOR) study compared peer-reviewed case studies in 16 countries and found that government-protected forests, including national parks, suffered six times greater rates of deforestation.

“When done properly, the benefits of community-based management can be seen over the long term, leading to greater conservation participation, reduced poverty, increased economic productivity and the protection of many forest species,” said study co-author Manuel Guariguata, CIFOR’s senior scientist.

Meanwhile, indigenous territories are under tremendous pressure either for new land to grow food or to extract minerals, oil and gas.

“National and state governments are often part of the problem,” said Tauli-Corpuz. “We are trying to push the international community to get states to recognise our right to our lands.”

That may be starting to happen, says Andy White, RRI’s co-ordinator and an Interlaken conference organiser. RRI is a global coalition more than 150 organisations working on forest tenure, policy and market reforms.

“People trying to protect their traditional lands are still being killed or forcibly removed. But we may be at a tipping point favouring community land rights,” White told IPS.

Peru, Belize and other countries are recognising those rights. Land disputes in India, Cambodia and elsewhere are driving political change. Some parts of the corporate sector are supporting land rights. Last July in Ireland, governments in the G8 group of wealthy nations made “unprecedented commitments” to secure land rights and improve land governance, he said.

“The conditions are right for a historic step and overcome a major obstacle to improving the well being of people and the planet,” White said.