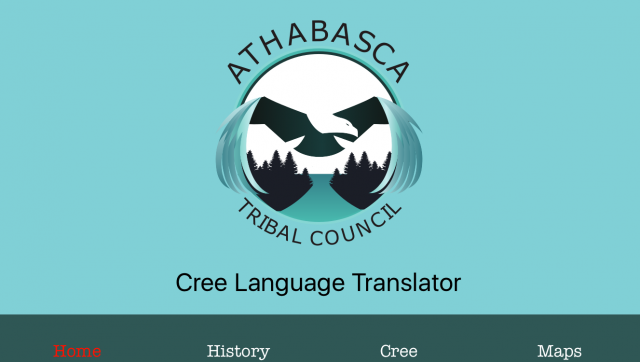 The Athabasca Tribal Council wants to make sure indigenous languages are not lost. So it took matters into its own hands — to put language back into the hands of youth.

“It has categories of words,” developer Byron Bates explained. “You can press on a category and it has a list of words with the English, the Cree, and a play button.

[A local education expert says schools are responsible for helping integrate not only new Canadian children, but their families as well.] Cree and Ojibway language programs offered by Winnipeg School Division

“You press the play button for each word and you’ll hear it spoken in Cree.”

Bates was approached by the council to help create the app as a way to get young people more engaged in the language.

“I think most indigenous languages are under threat of being slowly lost,” he said. “Cree was the most spoken language in Canada before contact. If we didn’t have colonization, our national language would probably be Cree.”

“We’re going to slowly make the app bigger and better. We’re going to launch a Dene app very soon also. We’re just going to make it very robust and hopefully it’ll be used in schools and [by] all the youth.

“I think it’s great,” he added. “Your language is a big part of your identity as an aboriginal person… to be proud of your heritage and to want to speak it.”

The app is available for Apple and Android devices.

“I went to Vancouver Island University and got a Bachelor of Science, majored in computer science. I dealt with ATC to help get me the funding to go to school. Now, many years later, I’m using the skills I learned in university working with ATC to build this app. I think it’s great.” Bates.