‘Community Lands’ Less About Saving The Past Than Securing The Future 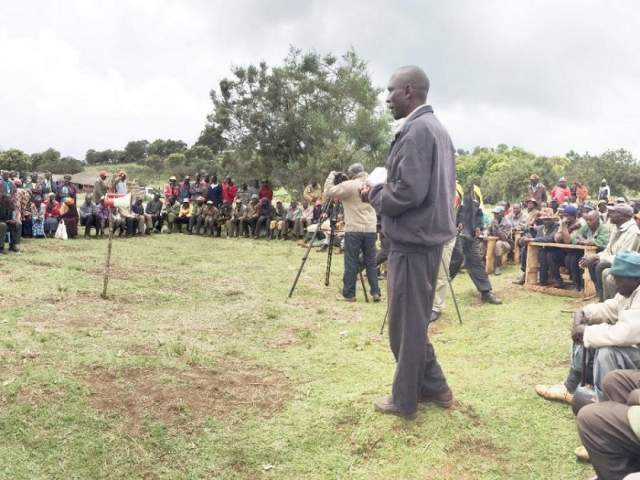 Kenya’s new constitution provides for ‘community lands’. Group ranches and trust lands will be vested in communities. But why, some ponder, would modern citizens want to own land as communities? Is the constitution protecting old ways instead of leading us into the future?

This week I will answer these questions through a global lens. Next week I will zero in on constitutional directives and how far the proposed Community Land Bill delivers.

First, let’s be clear what community lands are. These are lands which communities own in common and then allocate rights to members. Lands for homesteads are usually allocated to families.

Each generation is stricter than the last about who can use what and how, less tolerant of leaders who make deals behind their back, and more demanding to be consulted.

Customs that don’t fit citizen rights diminish, such as denying widows the right to remain on the land. Those who break the rules are not beaten but set to work clearing the road or cleaning the water tank.

In short, these are community based land governance systems, or what is known as customary tenure in Africa. Globally, between two and three billion people acquire and uphold rights through these regimes.

Over half the world’s land mass is subject to such norms. Formal recognition has soared in recent decades, but still covering only one fifth of community lands [www.rightsandresources.org].

These operate in all regions. One million villages in China and another one million in India govern both farms and common properties. Vast tracts of Latin America have been transferred to communities, most to those who define themselves as Indigenous Peoples.

Seventy four per cent of the landmass of Australia, 40 per cent of Canada, significant proportions of forests in Eastern Europe, Sweden, Italy and Switzerland are also legally community property.

Cast your eye over national level data at www.landmarkmap.org to see multiple other examples.

The status of community lands is a vibrant issue in Africa. Millions still suffer the legacy of colonial denial that these are owned or that families and communities can be legal owners.

Formally titled lands cover only 10 per cent of the continent today. Only in South Africa and Rwanda is more than 50 per cent of the country area under formal title. In Kenya, the official figure is 19 per cent, more likely nearer 30 per cent.

Community lands cover between 50-67 per cent of Kenya. Figures are similar elsewhere (for example Tanzania, Botswana, Malawi and Benin), much higher in Congo Basin and Sahelian states.

Altogether 79 per cent of the continent is de facto community property. Not all jurisdictions recognise this – Ghana and Botswana were ahead of the game, and in a weaker way, Nigeria.

Like Kenya, Liberia is currently debating such a law. Malawi, Senegal and Chad are not far behind. Others, like Equatorial Guinea, DRC and Sierra Leone, are working on new policies.

All aim to enable families and communities to be recognised as legal owners of their traditional properties – and as quickly as possible.

Reaching there is not easy. Governments get cold feet when they realise this will shift millions of hectares out of their control to their citizens: state landlordism and easy routes to benefit connected elites die hard.

However, derailing the outcome entirely is no longer an option. Those affected are more worldly-wise and less compliant. The digital era helps, alerting millions to legal transformations elsewhere.

Nor is it so easy to renege on constitutional reforms that quietly establish tenure security as a basic human right in land-dependent societies.

Especially as these rights already exist. The time it has taken post-colonial administrations to do away with the myth that whole continents were “empty of owners” before Europeans arrived has become an embarrassment.

Remedy can be swift. Progressive jurisdictions turn community lands into property overnight by conferring on customary rights full protection as property, and encouraging owners to double-lock this in formal entitlements.

The less adventurous stick with old norms, withholding protection to lands without title, which can take decades to secure. As only one community secured title after 15 years, Ivory Coast is among states revisiting requirements.

So why would communities want to retain collective rights? Or retain community-based regulation? The answers lie in the nature of their lands and the logic of retaining control over their property. Both have become more, not less, important in the 21st century.

Settlements and farms absorb little land. Farms cover only 13 per cent of the global land mass. Off-farm lands make up 90 per cent of untitled lands in Africa, most within community lands.

It makes sense to entrench these as common properties: forests and rangelands don’t serve so well when broken into small parcels. Intact, their role in livelihood is too great to sacrifice.

Collective tenure also helps keep the hands of elites off these shared lands, a need felt more urgently each year.

Retaining community-based governance is also practical. It survives and thrives precisely because it is so localised; accessible, relevant, and virtually cost-free to manage.

Disputes can take as long as needed to be resolved. Norms can alter as needs dictate. Instead of dying, such systems seem to remake themselves with each challenge.

In ways, this system has stolen a march on the modern state; as working devolution, right to the grassroots, flexible, owned by those it serves, and durable.

A number of jurisdictions now build on the spatial construct of community lands. In Africa, Tanzania, Burkina Faso, Benin and Senegal come most to mind.

Economists are also rethinking growth paths that once seemed immutable. Despite 300 years of industrialisation, 80 per cent of economies are land-based in 2015, cover two-thirds of the world landmass, and support 87 per cent of the world’s population.

While urbanisation will continue, towns and cities take up only three per cent of the world’s land area (one per cent in Africa). Industries and wage-dependence will grow, they say, but not to the extent, or with the urban-rural divorce of society, once presumed.

Much more inclusive paths to growth are needed, and which corporatised rural ownership cannot provide.

And as UN agencies remind us, despite 84 per cent of permanently farmed lands being taken into large estates, smallholders disproportionately feed the world. Most sustain their lands through community-based assurance. Investing in these systems seems sensible.

Naysayers are also changing their tune. The World Bank, for decades the lead advocate of individualisation as a foundation for growth, now promotes collective and family ownership as more practical in many cases.

Tired of funding and legitimising remote and unaccountable centralisation, lawmakers look more keenly to devolution, and find that communities already have the basis in place.

Environmentalists are also getting nervous. The giant carbon banks of the Amazon and Congo Basin and several billion other hectares of natural resources fall within de facto community lands.

Lessons learned since Rio 1992 suggest governments have not proved the safe pair of hands promised when they took prime community resources into their custody. Communities often do a better job – and for free.

They do best when custodianship is founded on acknowledged ownership. These matters came up in the climate talks in Paris last week (www.landscapes.org). Governments that invest in community lands could be on to a winner.

Next week’s question is whether Kenya’s new laws are going in this direction.

Liz Alden Wily (PhD) is an international tenure specialist, an Honorary Fellow of Rights and Resources Initiative (RRI), an Affiliated Fellow of Van Vollenhoven Institute of Law at Leiden University, and an Expert Associate for Katiba Institute.