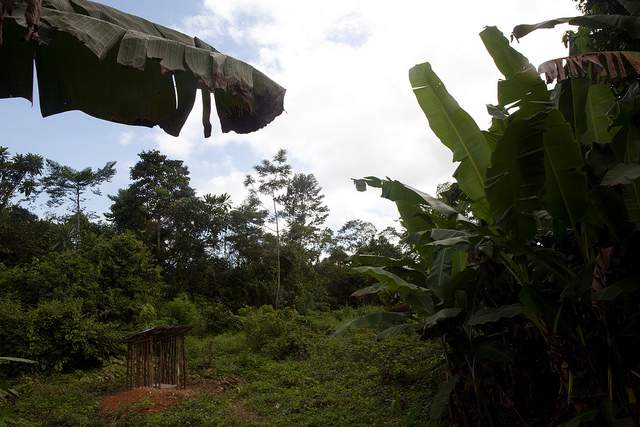 The UK-listed company, Equatorial Palm Oil (EPO), which is threatening to seize land owned by Liberians in defiance of commitments by Liberia’s President, will today receive a visit from affected communities. Members of the Jogbahn Clan, together with representatives from Liberian and international NGOs, will deliver a petition with over 90,000 signatures, reminding EPO that it does not have community consent to expand onto their lands, and that doing so could escalate violence. 1, EPO’s past operations in Liberia have triggered allegations of conflict and human rights abuses. The company has maintained that any expansion is legal. 2

“EPO’s recent expansion efforts are a brazen example of a company defying international law, government orders and the rights of communities,” said Silas Kpanan'Ayoung Siakor, campaigner at the Sustainable Development Institute. “EPO has no claim to this land, it is owned by the communities who live on it.” 3

Residents from the Jogbahn Clan in Liberia’s Grand Bassa County say that EPO has begun demarcating blocks of land in preparation for clearing, and have accused its security officers of threatening community members. These actions defy the March commitment by Liberian President Ellen Johnson Sirleaf that EPO could not expand onto the lands of the Joghban Clan without their permission. 4 The right of Liberian communities such as the Joghban Clan to give or withhold consent to projects that could have an impact on their land and resources is also provided under international human rights law, as well as the Principles and Criteria of the Roundtable on Sustainable Palm Oil (RSPO) of which EPO is a member. 5 The Joghban people have refused to give such consent.

EPO has a very poor track record in Grand Bassa County. In September of last year, officers from the EPO security team and the Liberian Police reportedly worked together to assault and beat Joghban community members who were peacefully protesting the company’s operations. Those arrested were soon released after it was determined by the government’s Grand Bassa attorney that there was no justification for continued detention. No government investigation report regarding this incident has been made public. 6

EPO denied any involvement in the violence, saying that it had been “falsely accused”, and does not “condone or encourage such described behaviour,” and “never instructed or directed any of its staff or PSU officers to intimidate Jogbahn community members in September or at any time.” However, EPO admitted to Global Witness that it provided logistical support to the Liberian police who are accused of intimidating villagers on the plantation. The company further stated that it “respect[s] the Liberian community rights and land, and ha[s] followed the law and procedures laid out”, had taken “strict steps” to ensure that it only plants oil palm on its concession land and legally-acquired community land, and  is “a responsible company and committed to sustainable oil palm development.” 7

EPO’s concessions in Liberia total 8,900 km2 of land, which the company believes gives it the legal right to use the land to develop a palm oil concession.  The company is listed on the London-based AIM stock market, and is now majority owned by Malaysian palm oil giant Kuala Lumpur Kepong Bhd (KLK). Major brands including Kellogg’s, Kraft, Nestle, Unilever, Procter & Gamble, and General Mills have been reported as direct or indirect consumers of KLK palm oil. 8

“We demand that EPO stops inciting conflict by preparing to clear our land,” commented Jogbahn Elder Joseph Chio Johnson, “EPO must stop threatening our people and accept that our no means no.”

5. Free Prior and Informed Consent (FPIC) is a key principle of Liberia’s Community Rights Law with respect to Forest Lands (2009), which provides communities with a right to give or withhold their consent to activities planned on community land or which may impact on that land and the community. Article 7 of the Liberian Constitution provides for the maximum feasible participation by citizens of Liberia, in the management of Liberia’s natural resources. FPIC is also an established legal principle supported by numerous regional and international legal instruments to which Liberia is legally bound, including the African Charter on Human and Peoples’ Rights (ACHPR). The decision of the African Commission on Human & Peoples’ Rights in the case of Endorois Welfare Council v. Kenya (276/2003) e.g. at para 209, including with regard to right to property (Art. 14 ACHPR), as well we the right to development (Art. 22 ACHPR). See also ACHPR Resolution 224 on a Human Rights-Based Approach to Natural Resources Governance, the United Nations Declaration on the Rights of Indigenous Peoples as well as numerous other provisions and jurisprudence elaborated under the International Convention on the Elimination of all Forms of Racial Discrimination, the International Covenant on Economic, Social and Cultural Rights and the International Covenant on Civil and Political Rights.