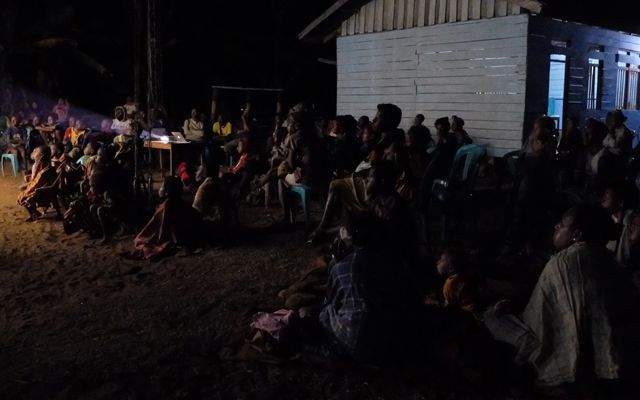 • Demand for raw materials, food, and fuel is causing a rush for land, with consequences for indigenous people who live there.

• The Scottish NGO LifeMosaic has produced a series of 10 videos that share stories of communities who have experienced conflict over their land.

• The video series aims to bring indigenous communities together and enable them to protect the land on which they depend.

In 2013 the Tanzanian government granted a Dubai-based company permission to set up a wildlife corridor that would serve as a hunting safari destination on 1,500 square kilometers of savannah. The move sparked protests from the indigenous Maasai who live and depend on the land. Maasai women drove the demonstrations, and the case gained the attention of the international media. As the Maasai’s struggle wears on, LifeMosaic, a Scottish NGO, has documented their story and others like it in a new video series that showcases land conflict on indigenous territories around the world.

Demand for land is increasing as the demand for exotic tourism destinations, precious minerals, fuel, and food expands. But there exists a fundamental problem: in some cases resource-rich land is held by local indigenous people and members of small rural communities. Development often results in their displacement, whether by legal or illegal means, in a practice critics call “land grabbing.”

A global rush for land

The issue of modern land grabbing took the spotlight in 2008, after a report by the Spanish NGO Grain surveyed the scale of land acquisitions around the world in the wake of the 2007-2008 financial crisis. The report found that a perfect storm of near-simultaneous food and financial crises had triggered a global rush for land. “If left unchecked, this global land grab could spell the end of small-scale farming, and rural livelihoods, in numerous places around the world,” the report states.

The problem has not gone away since 2008. Large-scale acquisitions continue to threaten local communities’ livelihoods.

Changing habits — particularly among the expanding global middle-classes who are consuming more land-intensive products like dairy and meat than ever before — are playing a role, according to Serge Marti, the director of LifeMosaic.

The increasing attainability of everyday conveniences also contributes. “Mobile phones, and electronics goods…and fuel. All of these are driving the need to continuously find new sources of raw materials,” Marti told mongabay.com. 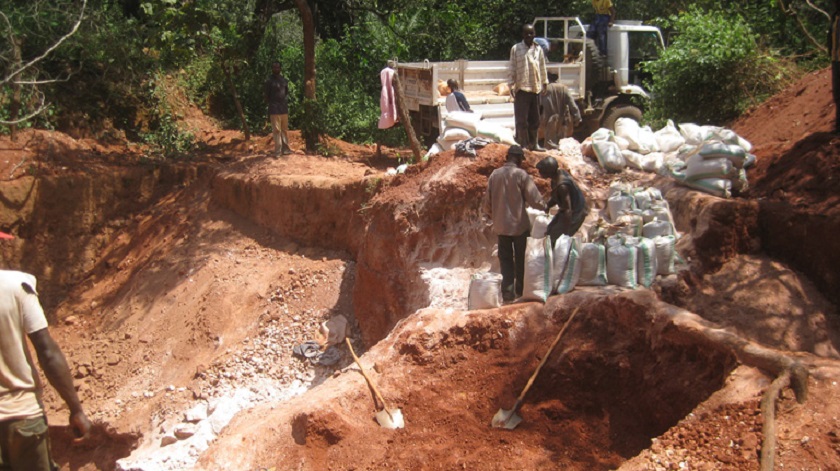 Coltan mine in the Democratic Republic of Congo. Mining for minerals such as coltan, which is used in the production of mobile phones, is contributing to the global rush for land. (Photo by Responsible Sourcing Network, Flickr Creative Commons License.)

A 2013 report by the World Resources Institute, a Washington, DC-based research organization (and one of mongabay.com’s partners), states that food production will need to increase 70 percent by 2050 to feed demand. The UN estimates that our appetite for resources such as fuel and biomass could triple by 2050.

Indigenous land is home to as much as 80 percent of the world’s biodiversity, according to a 2008 study by the World Bank, and many indigenous groups own no legal title to the territory they live on.

“It’s very clear why indigenous peoples are facing such a huge amount of pressure on their land and territories today,” Marti said.

The impression of legality

The concentration of land in fewer and fewer hands is happening on almost every continent. Land grabbing occurs in Africa, Asia, particularly in the southeast, and Latin America. The Northern Hemisphere is not exempt; the practice has turned up in Eastern European countries.

The media often portrays multinational corporations as being the main perpetrators. However, Marti suggested that they are only part of the story.

“It’s very complex,” Marti said. “For instance, in Indonesia there’s a lot of acquisitions that are taking place where it is Indonesian corporations that are doing so. As well as Malaysian companies that are having investment from the US and from China.”

A 2011 report led by researchers with the Netherlands-based Transnational Institute found that there is a trend towards “trans-Latina” land grabs in South America — that is, land is concentrating in the hands of owners from within the continent.

The land-grabbing problem thus goes far beyond any one category of actor: nations, corporations, and individuals are all involved in the rush, Marti said.

The impression of legality that hovers over some land deals further muddies the already murky waters, Marti said. And while the location may change, the practices developers use to acquire land from communities are often consistent, he added. For instance, during consultations with communities, representatives of the developer often ask attendees to sign something — an attendance sheet, say, or a lunch receipt, he said. The list of signatures is then attached to a contract, signing away the land regardless of whether the community members actually intended to approve the contract.

To outside eyes everything appears legal. Yet this practice clearly violates the principle of free, prior, and informed consent for indigenous peoples. This principle is laid out by both the United Nations Human Rights Council and the International Labor Organization. Both organizations call upon countries to give proper say to indigenous groups before any development occurs on their land. However, not all governments or institutions have codified or enforce this principle, and some only grant free, prior, informed consultation, which sets a much lower bar.

“This happens all over the place, all around the world, companies and governments twisting the rules,” Sarah Shenker, a campaigner for the London-based indigenous rights NGO Survival International, told mongabay.com.

According to Shenker developers may hold meetings where they inform indigenous people of development on their land without ever seeking their permission. “When the [indigenous people] say ‘actually, we don’t want that because that’s going to be tragic for future generations and for our land,’ they are rarely listened to,” she said. 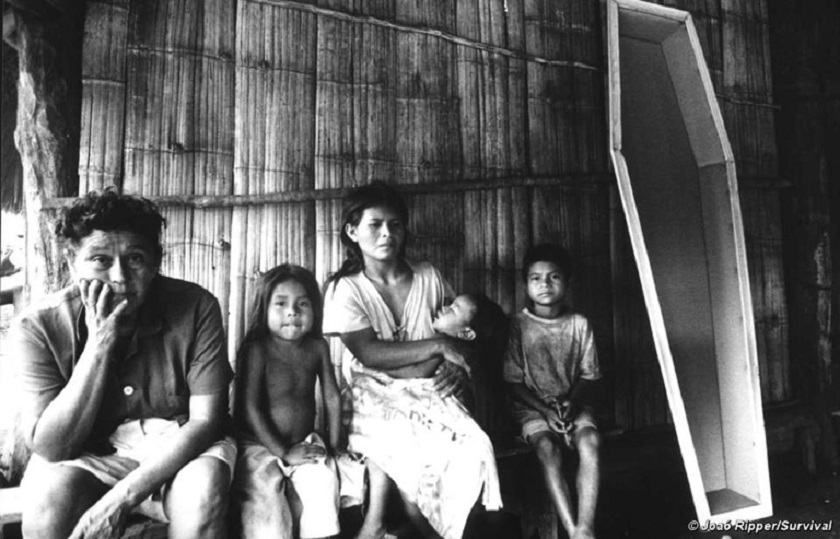 Members of a guarani community in Brazil. Land grabbing threatens the livelihoods of indigenous peoples, many of whom are without legal title to the land on which they live. (Photo: Joao Ripper/Survival International.

As an example, Shenker pointed to the Belo Monte dam in Brazil, which threatens to devastate large swathes of natural habitat and the homes of indigenous people. “The indigenous people were, of course, not consulted nor did they give their consent,” Shenker said. Construction on the enormous dam is complete but a Brazilian court is preventing it from operating until its owners and the government fulfill certain commitments to affected indigenous people.

To bypass the principle of free, prior, and informed consent, Marti explained that developers draw upon a wealth of practices, many of which are “definitely legal” but also questionable in his view. For instance developers often pay salaries to village elites in return for access to land.

“This is something that is done quite openly,” Marti said. The practice causes division within communities who consider ownership of territory to be communal and who are unaccustomed to capitalist means of land acquisition.

A recent investigation by Indonesia’s National Human Rights Commission into land rights abuses in the country, part of a wider national inquiry into land conflict, turned up numerous instances of land grabbers using divide and conquer tactics to exploit divisions within communities. 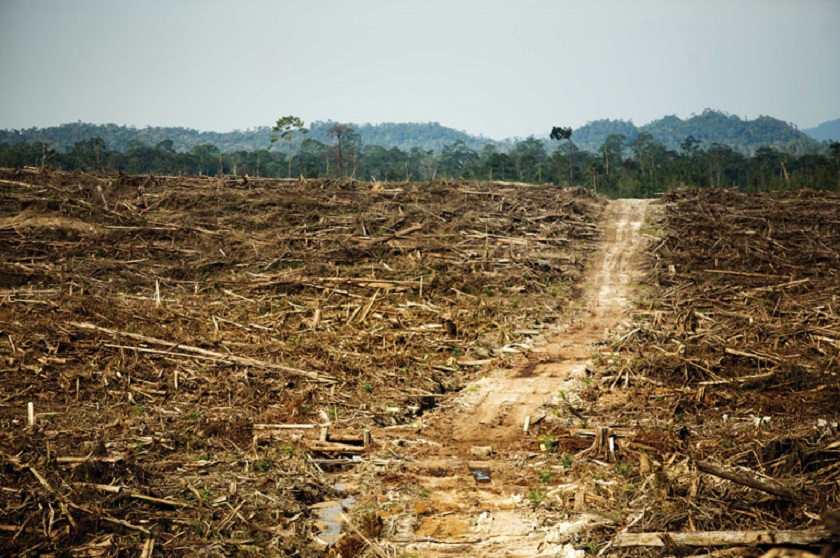 “Everyone needs stories of hope”

Marti explained that the indigenous movement has gathered strength in the last decade, gaining a new level of international recognition. This was one of LifeMosaic’s objectives, he said, but now that the movement has strengthened organically it is no longer a primary focus. Now the organization is figuring out how to circulate knowledge about how to handle land acquisitions that groups have gained during the last few years.

“How do you get that information back to communities who haven’t gone through that experience yet?” he asked.

The video series, called Territories of Life, is an attempt to do just that. The ten-part series tells the stories of indigenous groups who have challenged development on their land. It covers a range of issues, from the tactics developers use to acquire land to case studies of successful resistance. LifeMosaic is disseminating the series to communities across Asia, Africa, and Latin America who are facing, or may yet face, land conflict.

During consultations with indigenous organizations and communities, Marti said the demand for this kind of information was clear. “One thing is hearing about the land grabs, and that’s really important, but communities and indigenous people’s movements — everyone needs stories of hope,” he said. 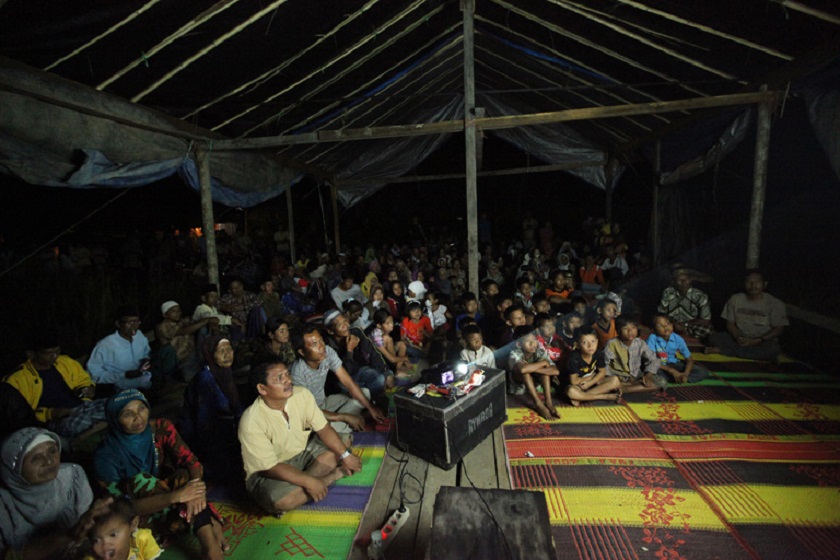 A community in Senyerang, Indonesia watches the Territories of Life series.  (Photo: of LifeMosaic)

Rather than telling communities how to act when an offer of development is made, Marti said the videos try to encourage critical thinking and give communities the tools to exercise free, prior, and informed consent. Whether that leads to a community accepting a land deal or rejecting it is entirely up to the community — hopefully the videos will help them have a stronger hand at the negotiating table, Marti said.