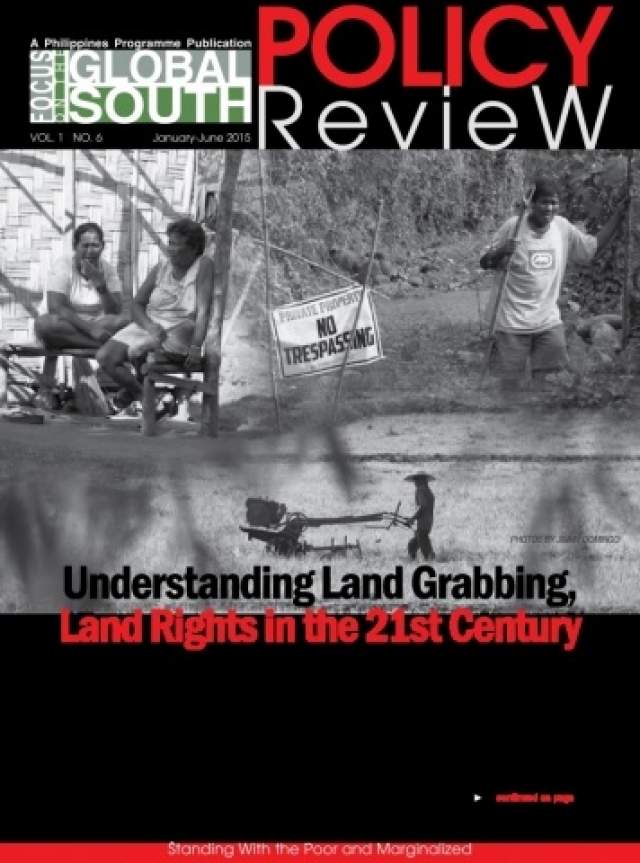 Issues or problems associated with land have become more multi-layered in the 21st century.  In particular in the Philippine setting, a number of “pro-poor” land laws were enacted after the Marcos dictatorship. These laws were products of social movements’ struggles and mass movement assertions on land rights in a democratic set-up. The 1987 Constitution has a very strong social justice component, which recognizes the rights of farmers/peasants to land, of fisherfolk to traditional fishing ground, and of indigenous peoples (IPs) to ancestral lands.

One of these laws, which should have helped fulfill the farmers right to land, has turned into an arena for struggle. It has now taken 27 years for the Comprehensive Agrarian Reform Program, one of the longest running agrarian reform programs under a democratic form of government, to be implemented. CARP was crafted according to the ideals and interests of landless tillers and agrarian reform advocates, but ended up as a law plugged with provisions upholding landed elite interests dominating Philippine Congress. Farmers and fishers do not just have to contend with an agrarian reform program that has not been completed and is found most wanting almost three decades now, but complicating their situation, not only those who work on lands that have been targeted for agrarian reform coverage but even those who have been issued CLOAs and titles, is the phenomenon called land grabbing.

In this special, double edition of Focus Policy Review, this is one of the main themes discussed. It is critical for farmers and advocates of land rights as well as the general public to understand how and why land grabbing is happening to make a more effective, strategic campaigning to address and stop it. As the lead article underscores, “land grabbing…have almost always been framed within the themes of economic investment, human rights, and governance. Underpinning these themes is the issue of power…” because land grabbing is a political issue with economic goals.  We need to know the basics about land grabbing—the who, what, where, and how—in order to grasp the complexities of the issue.