UN experts say States should step up protections, including for defender 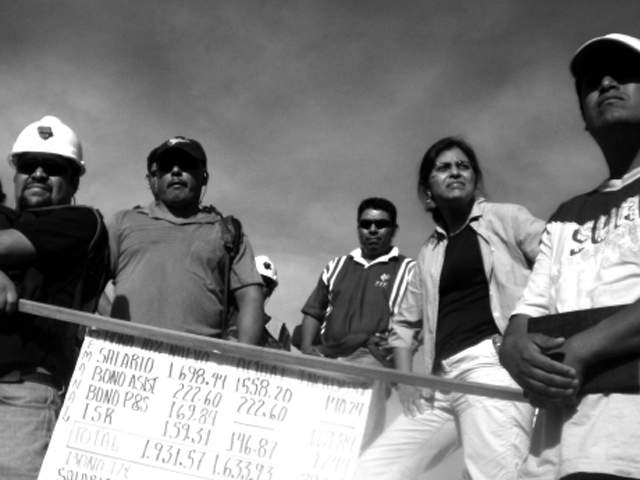 Berta Caceres. Bazooka Rhadebe. Dionel Campos. Just in the past year or two, there has been a sharp spike in the public coverage of killings of defenders working on land and the environment, often in the context of development projects and business operations.

This is echoed by the staff of the Business and Human Rights Resource Centre (BHRRC), who cite the most dangerous sectors being extractives, energy projects, and agribusiness.

'Our database of attacks on defenders working on business and human rights, shows there were almost 500 attacks in 2015-2016. These figures underscore the dangers of pointing to market failures and uncovering abuses in global supply chains', says Ana Zbona, who maintains the BHRRC's database.

Such widespread attention from organisations like BHRRC, ISHR, Global Witness, and others to the challenges defenders of ESC rights face, as well as documentation by the UN Special Rapporteur on Human Rights Defenders, has resulted in increasing dialogue with governments about the need to protect these defenders and their communities.

Nonetheless, for the independent experts of the UN Committee on Economic, Social and Cultural Rights (CESCR), this was not enough. They decided to develop policy guidance for States, in the form of a General Comment.

‘This is a great step toward normalising the idea that business abuses don’t happen in a vacuum. They are often facilitated by State action – or even inaction’, says Sarah M Brooks, who lead ISHR’s submission to the Committee for its discussion of business and human rights, in February 2017.

The Committee’s efforts to tackle human rights abuses linked to business started as early as 2011 with a statement, highlighting that ‘corporate activities can adversely affect the enjoyment of [these] rights’. Therefore, States who have signed the treaty must take steps to prevent human rights abuses by their companies, both at home and abroad, and to provide effective remedy to victims.

This work culminated in the adoption Friday 23 June of a General Comment on obligations of governments to protect, respect and fulfill human rights in the context of business operations.

‘The field is fast-growing, and this is welcome’, says Zdzislaw Kedzia, the Vice-Chair of the Committee, in a press release announcing the new guidance, noting ongoing efforts to implement, for example, the UN Guiding Principles on Business and Human Rights. ‘[This] entails the risk, however, that States lose sight of what is obligatory… [or] seek refuge behind the initiatives taken by the corporate sector, rather than adopting the appropriate regulatory and policy initiatives that they must adopt’.

Brooks adds: ‘The experts send a clear message that failures to act, or allowing the corporate sector to go it alone, are not just errors of judgement, but an abdication of governments' legal responsibilities’.

This included important advances in the areas of:

The General Comment highlights the challenges facing human rights defenders, and specifically recommends that States Parties take ‘all necessary measure to protect human rights advocates and their work’, including by criminalizing or otherwise obstructing their efforts (para 48). This change reflects specifically the concern, expressed in the joint NGO submission, that tactics used to obstruct the work of defenders include, but are not limited to, use of criminal sanctions. The mention of defenders in Section IV A: General Principles is an acknowledgement of the key role defenders play in facilitating access to remedy; the document also refers clearly to the obligation to protect whistle-blowers (para 20).

The General Comment identifies key communities particularly affected by business operations, especially in the context of land, natural resources and development. Overall, it is worth noting that the treatment of rights of indigenous communities is much more substantive than in earlier drafts, including in the section on remedies (para 46).

This is spelled out clearly with regard to the important elements of consultation including free, prior and informed consent of indigenous communities; namely, that companies should ‘consult and cooperate in good faith with indigenous peoples… through their own representative institutions’, as provided in the UN Declaration on the Rights of Indigenous Peoples, Art 19 (para. 17).

The Committee specifically points to public procurement as a tool for sanctioning (through denial of contracts) or incentivizing action by private sector entities. This includes for example the recommendation to ‘revise… public procurement contracts, export credit and other form of State support, privileges and advantages in case of human rights violations’ (para 15, 31).  They should also consider withholding public contracts from entities that fail to provide information on the social or environmental impacts of their activities, or due diligence to avoid or mitigate negative impacts on rights protected in the treaty (para 50). Public procurement – in other words, the leverage of State purchasing power - was not mentioned at all in the first draft.

The General Comment acknowledges that one barrier to effective access to remedy is the difficulty of accessing information, and ‘the lack of legal aid’ (para 42). They further emphasise, in a development compared to the earlier version, the importance of ‘facilitating access to relevant information… through mandatory disclosure laws and by introducing procedural rules allowing victims to obtain the disclosure of evidence’ (para 44-45). Although this was not a focus of the joint submission, ISHR has elsewhere advocated to the Committee for the need to improve access to information and prevent companies

The Committee concludes the General Comment by noting that the content should be incorporate into existing action plans or strategies for implementing ESC rights (para 58). National Action Plans on Business and Human Rights, they note, can also be helpful complements where they ‘incorporate human rights principles, including effective and meaningful participation, non-discrimination and gender equality… [and] place equal emphasis on all categories of rights, including ESC rights’. The Committee also emphasises the ‘fundamental role that national human rights institutions and civil society organisations can and should play’ in the design (and monitoring) of these plans (para 59).