Tata Genaro Ramírez: The Farmer Who Revived the Nawat Language in El Salvador 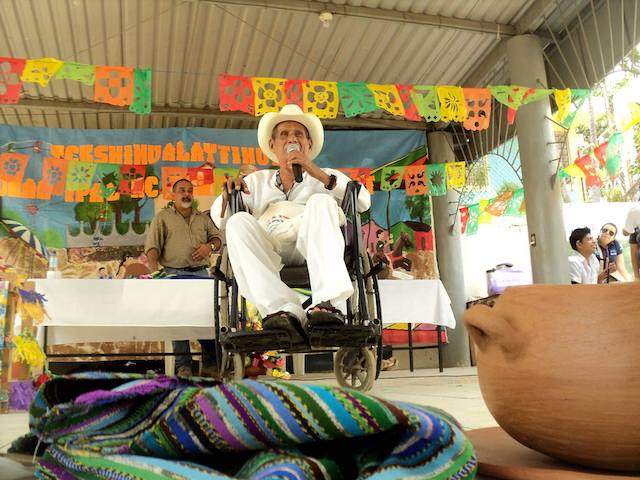 “The Nawat speaking community in El Salvador lamented the passing of Genaro Ramírez, the Salvadorean who dreamed that the Nawat would still live. He was the first teacher of the language, but not the last, because through his hard work, Ramírez left an important legacy in the revitalization of his ancestral language.

The Nawat Pipil is only spoken by 200 Salvadoreans, according to UNESCO.  The vast majority of them live in a small village called Santo Domingo de Guzmán, or Witzapan, in Nawat.  This is the hometown of Genaro where he worked for the regrowth of the language for more than 40 years. He gave free classes every day of the week, from 8 a.m. to 5 p.m.  He had a mission. In the words of Genaro himself:

“I understood what that hole was that I had felt for so long in my chest.  So I threw my tools in the cornfield because I felt that I could not go on like this, and I […] said to myself: ‘I must teach Nawat even if I’ll starve to death'.”