So Long, Phone Companies. Mexico’s Indigenous Groups Are Getting Their Own Telecoms 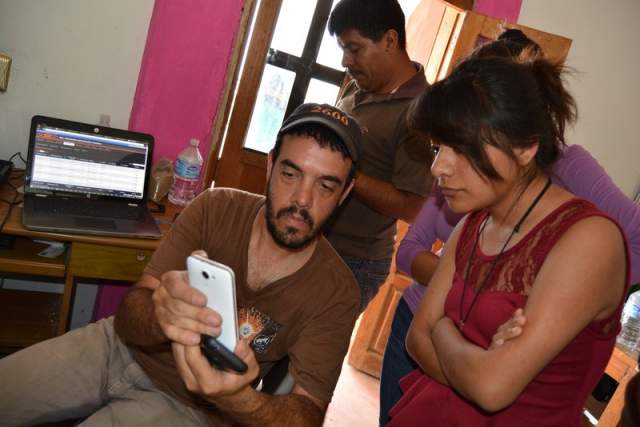 Members of the Mixe, Mixteco, and Zapoteco people will soon have their own mobile cellular telephone network that will allow at least 356 municipalities in the States of Chiapas, Guerrero, Oaxaca, Puebla, and Veracruz, to access mobile-telephone services and the Internet.

On that topic, the Federal Institute of Telecommunications stated:

“These two licenses will enable Indigenous Community Telecommunications to provide telecommunications services for the promotion, development, and preservation of their languages, culture, and knowledge, promoting their traditions and norms based on principles that respect gender equality and allow the integration of indigenous women into the participation of the objectives for which the licenses were requested along with other elements that make up the indigenous cultural identities.”

According to Redes por la Diversidad, Equidad y Sustentabilidad, A.C. (Networks for Diversity, Equality, and Sustainability Nonprofit Organization), the network Telefonía Celular Comunitaria, (Communal Cell Phone) (which has been acquired, managed, and operated since 2013 by the Villa Talea de Castro community in the northern mountain range of Oaxaca) is directly responsible for this effort to provide connectivity to indigenous communities at affordable costs.

Talea de Castro
Photo taken in Villa Talea de Castro, courtesy of Daniela Parra and used with permission, REDES AC.
As Global Voices previously explained, prior to 2013, the 2,500 inhabitants of Villa Talea de Castro relied on high-cost landline phone booths. After the large cell phone companies repeatedly refused to provide them with service, the community got together and—with the technical and legal assistance of the NGO Rhizomatica—it managed to install its own local cellular network, providing the community with “unlimited local calls and messages, long distance and international calls at a cost of up to 98 percent less than [that] offered by other telephone service providers.”

Once the cellular network went into operation, the local radio station (“Dizha Kieru,” or “Nuestra Voz” in Zapotec language) together with Rhizomatica started to explore new ways to promote citizen journalism and community communication. This project was supported with a small scholarship from Rising Voices in 2013, in accordance with the announcement of the winners for that year:

“The radio station, together with the organization Rhizomatica, will train local residents to become community news gatherers through in-person reporting or through collection via SMS or phone calls from citizens. The Dizha Kieru team, who run both the radio and GSM base-station will collect, synthesize, format, and send out the news reports to residents twice a day via mass SMS […]”

This first local cellular network functioned as a pilot project that was then replicated in other communities. The following video recounts the initial stages of this project:

According to the statement issued by Networks for Diversity, Equality, and Sustainability, the 16 rural and indigenous communities that up until that time formed part of the community telephone network, formed a co-op with Rhizomatica and created the Telecomunicaciones Indígenas Comunitarias, A.C. (Indigenous Community Telecommunications nonprofit organization), in order to take the next step toward getting the licenses from the IFT and operating a telecommunications network for social indigenous use, which was recently authorized.

This is how the Indigenous Community Telecommunications network came to be the new telecommunications service provider managed both by and for the indigenous communities. With that it is hoped that instead of seeking economic profit the objective will be to serve the people, encouraging Internet access for the communities, supporting their dynamics, processes, and full exercise of their rights. A network that, without a doubt, goes beyond technology.