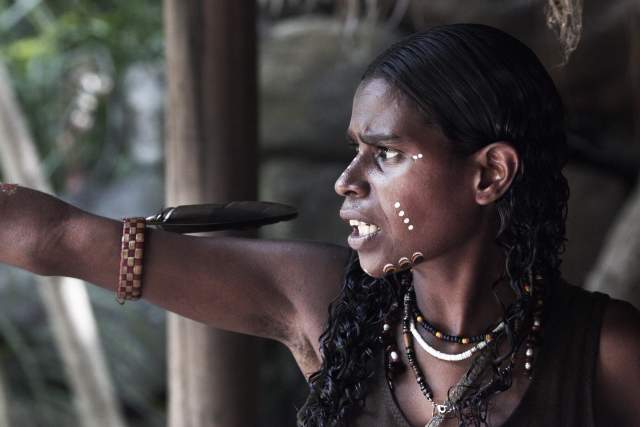 The Government today introduced legislation into the Parliament which gives effect to the settlement agreement for the Jabiru native title claim, the longest running native title claim in the Northern Territory.

The Aboriginal Land Rights and Other Legislation Amendment Bill 2013 formalises settlement arrangements for the Jabiru claim area, which is situated within the World Heritage listed Kakadu National Park and includes the Jabiru township.

Under the agreement, Mirarr traditional ownership of Jabiru will be recognised by the scheduling of Jabiru and surrounding land under the Aboriginal Land Rights (Northern Territory) Act 1976.

As a World Heritage area Kakadu is one of the great treasures of our planet. This Bill recognises traditional owners’ protection and management of this land.

The amendments enable the transfer of ownership of the land from the Director of National Parks to the Kakadu Aboriginal Land Trust, which will hold the land on trust for its traditional owners.

Importantly, the Bill will also make amendments to the Environment Protection and Biodiversity Conservation Act 1999 that will allow for proper town development of Jabiru within Kakadu National Park, without compromising its outstanding World Heritage values.

Jabiru has established itself as a thriving township that services Kakadu National Park as a tourist destination as well as the nearby Ranger uranium mine.

Leasing arrangements, agreed in consultation with Mirarr traditional owners, will allow for continued economic and social development within the town to provide the infrastructure and services necessary for the region.

Importantly, for business operators and other people living in the area, this Bill ensures that existing leases, subleases and other interests will be preserved following transfer of ownership to the Kakadu Aboriginal Land Trust.

The Bill will also schedule a further parcel of land for Patta, near Tennant Creek, under the Aboriginal Land Rights (Northern Territory) Act 1976 to enable grant to the Warti-Yangu Aboriginal Land Trust and contribute to the resolution of native title settlement arrangements.

This parcel of land joins five other parcels previously scheduled for Patta and granted as Aboriginal land on 4 March 2013.

Ensuring native title rights and benefits are used to create sustainable, long-term benefits for Indigenous communities is a priority of the Australian Government.

Since 2007, the Australian Government has handed back 42,225 square kilometres of land under the Land Rights Act, more than 12 times the area of land handed back between 2002 and 2007.

The Aboriginal Land Rights and Other Legislation Amendment Bill 2013 is part of our commitment to hand over land in the Northern Territory to its traditional owners and our efforts in reforming native title.