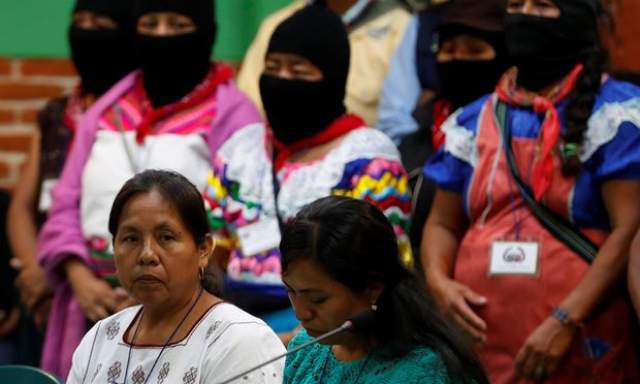 María de Jesús Patricio Martínez: ‘Our aim is to highlight the problems that those of us at the bottom are experiencing.’ (Photo: Stringer / Reuters)

Patricio’s candidacy is a first step towards addressing the underrepresentation of indigenous people in politics. More than 25 million Mexicans (21.5% of the population) identify as indigenous, but since independence, the country has had only one indigenous president, Benito Juárez, who took office in 1858.

Patricio sees little distinction between the state and organised crime. “It’s part of the same problem. The government, the army, the police, the narcos, they all facilitate the exploitation of our natural wealth,” she said. “They all want to scare our people and make those of us who oppose their capitalist projects disappear.”

With so many challenges facing the country, Patricio’s experience with medicine tells her things will not get better without drastic change.

“We have to tear up the roots of what’s hurting Mexico,” she added. “This country needs healing.”