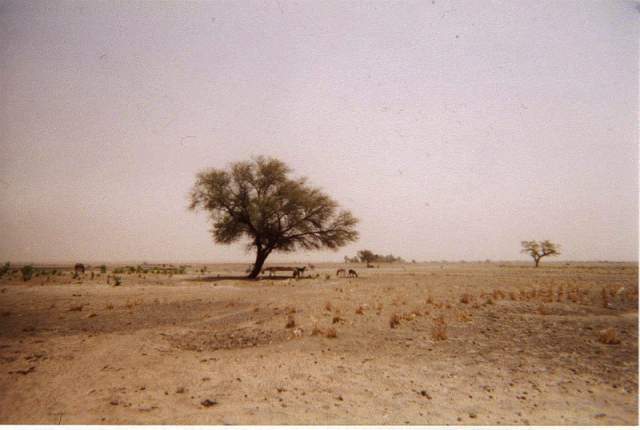 Villagers in Boghé, a community 190 miles south west of the Mauritanian capital of Nouakchott, are protesting a proposed $1 billion investment by the Saudi National Prawn Company (NPC) in an aquaculture project in the Senegal river valley that will cover 31,000 hectares.

The project, which was first signed in December 2011, is expected to impact the villages of Boutimbiskit, Bougoutra, Loueïd and Zemzem.

“We want this project to be simply cancelled because of the threats that it poses to the present and future generations of our community,” wrote 77 villagers in an open letter to Mohamed Ould Abdel Aziz, the president of Mauritania. The protest has been backed by the Réseau des Organisations de la Société Civile pour la Sécurité Alimentaire (Network of Civil Society Organizations for Food Security)

A similar letter was published last August by the National Forum of Organizations of Human Rights (FONADH) whose director Mamadou Sarr said that the invesment would “sign a death warrant of the agro-pastoral sector in large areas, increasing poverty and food insecurity.”

NPC, which started shrimp farming in 1987 in the sabkha salt marshes on the Red Sea in Saudi Arabia, has grown over the last three decades into a major seafood exporter to Asia and Europe. The company defends its business, noting that it does not use antibiotics or hormones, unlike many of its rivals.

But the sabkha development has been criticized locally in Saudi Arabia, according to Eckart Woertz, the author of “Oil for Food” and senior researcher at Barcelona Centre for International Affairs (CIDOB).

“Parts of the local population have complained about excessive land allocation,” Woertz writes on his blog. “They would like to see more benefits of the project for local communities or access to some of the facilities of the fully integrated site that has its own power station and super market.”

The complaints by the Boghé villagers are similar to those voiced in Saudi Arabia because Mauritania, which is mostly nomadic, is heavily dependent on access to limited land and water resources. The desert region where Boghé is located is considered one of the poorest parts of the country, which in turn ranks among the poorest in the world.

Mauritania also has no tradition of fishing. A recent European Union report highlighted the fact that even the offshore fishing grounds are mostly exploited by Senegalese and Chinese boats, that return little money to Mauritania, which numbers among the world’s poorest countries.

The project is part of a multi-year effort by Saudi Arabia to increase access to seafood resources which also includes an ambitious plan to raise production in Saudi Arabia six fold from 15,000 tons a year to over 100,000 tons in the next ten years by expanding into amberjack, barramundi and seabream.

The NPC project is financed by Al-Rajhi, a Saudi Arabian bank, which signed an agreement with the Mauritanian government last year.