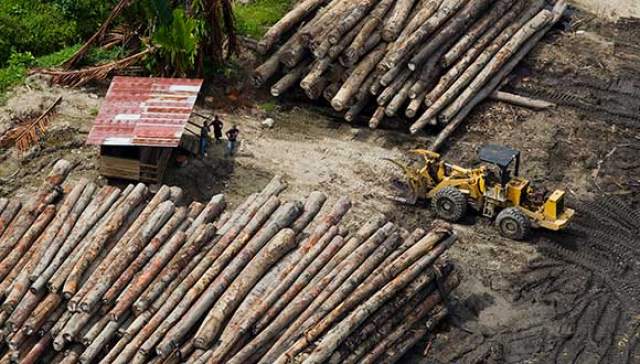 Oakland, CA—Communities in Papua New Guinea (PNG) are celebrating milestone victories against land grabbers. In two separate cases, on August 25 and 30, 2016, PNG’s National and Supreme Court invalidated the lease of customary lands to foreign companies through the controversial Special Agriculture Business Leases (SABLs). The court decisions will return a total of over 150,000 hectares to the landowners in East New Britain and East Sepik provinces. Over the last four years, the Oakland Institute has documented through several reports and a film, the numerous flaws with the SABL scheme and supported the struggle of communities defending their land rights in PNG.

“Research by the Oakland Institute exposed how large-scale land acquisitions in PNG violate the rights of communities, destroy priceless natural resources, and have failed to bring development and revenue to the country,” said Frederic Mousseau, Policy Director at the Oakland Institute. “Tax evasion practices are widespread amongst the logging firms that control vast land concessions, and fuel rampant corruption in the country. But now in a David versus Goliath struggle, the wins of local communities send a clear and a resounding message to the unscrupulous companies and government officials.”

In early 2016, The Great Timber Heist exposed that a total of over 15 million hectares — over one third of the PNG’s lands — have been leased to foreign firms through SABLs and other concessions, predominantly for logging activities. In 2014, PNG exported 3.8 million cubic meters of tropical wood, becoming the world’s first exporter of the commodity, surpassing Malaysia, which had held the top spot for the past several decades.

Logging activities have continued to expand in the country despite the release of a scathing report in 2013 by the Commission of Inquiry charged with investigating the SABL scheme. The Commission found widespread lack of free, prior, and informed consent of the local people; failure of the state agencies in performing their duties; and fraud, misconduct, as well as overall lack of adherence to proper procedures in the leasing of land through SABLs.

In June 2014, Prime Minister Peter O’Neill announced that all illegal deals would be cancelled, but the government has yet to follow through on this promise. Meanwhile, rapid logging is destroying the world’s third largest rainforest whereas local populations pay the high price. Communities are losing lands that provide them with shelter, food, and medicine, and, when protesting against the leases, have endured police beatings, arbitrary detentions, destruction of their crops and houses, and more.

“As Papua New Guineans, we have a close connection to the forest and land, which are the foundation of our culture and identity. The theft of our land for logging in the Turubu area left us helpless and disheartened,” said Gabriel Molok, Executive Director of Turubu Eco Forestry Development Project, a local non-profit that has been at the forefront of the successful legal battle in East Sepik. “But now, after the Court’s decision, we can imagine a future for us and our children again. Our hope is that the ruling will spread like lightning across the country, bringing justice for the numerous communities who are still battling against the theft of their lands, water, and forests.”