Land rights: “Our territory belongs to us and we belong to our territory” 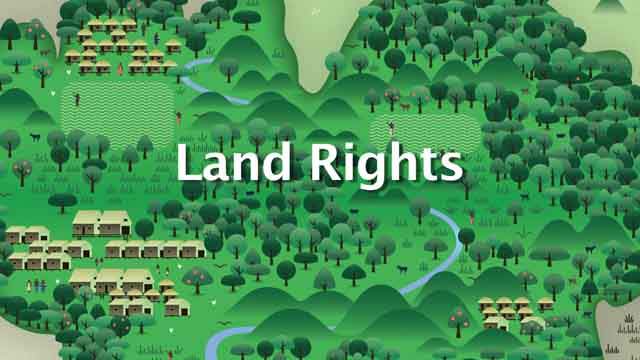 The video aims to help communities whose land rights have not yet been recognised by informing them about the benefits and disadvantages of three different types of land rights.

The film starts with indigenous people talking about land management before governments arrived in their territories. Perus Aimere from the Molo indigenous people in Indonesia describes the situation in the past: “For centuries, it was owned by the ancestors. They owned it and they had rights over it.”

This changed with colonisation and the formation of nation states. Indigenous Peoples in Asia, Africa and Latin America had to live by the rules of outsiders.

LifeMosiac’s video looks at three options for communities to regain their land rights.

Community concessions are government schemes that allow communities the right to use the land for a limited period of time, but ownership remains with the state.

Ana Centeno, from the Carmelita Concession in Guatemala, describes the situation where she lives:

“We know that this is state land, and we cannot have any land title over it. We are completely prohibited from buying and selling land because this is state land. We have a right to the resources, but the state has conceded to us. But not having a land title puts us in an insecure position, because at any moment the state can decide not to renew the concession rights.”

But there are risks, as Abdon Nababan, secretary general of Indonesian indigenous peoples’ organisation AMAN, explains:

“If this land enters the free market, indigenous peoples will be evicted off their customary land, their ancestral land, because the best land will be bought by rich non-indigenous people.”

Collective or community rights refer to a situation where the community as a whole legally owns and manages the land. The communal territory is under the authority of indigenous peoples. It cannot be sold or divided and the rights to the territory are permanent.

Barbara Muelas, of the Misak indigenous people in Colombia, tells us about the importance of territory to her community:

“Our territory belongs to us and we belong to our territory. The land is sacred. We can never sell her. She’s our mother. And nobody can sell their mother.”