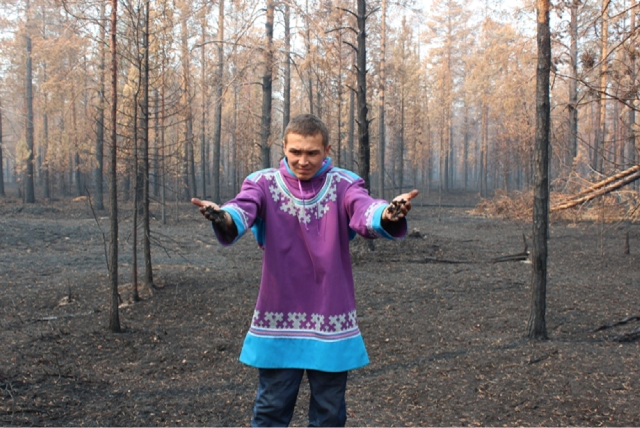 When I first contacted Aleksandr Aypin, he was just back from a deer camp that belongs to his family. “The situation is getting serious,” he said, “the oilmen put us under pressure, they are trying to force us to consent to drilling. So far we’re strong enough to resist, but our future is unclear.”

Sasha (a short form of the name Aleksandr in Russian) and I agree to speak again when he arrives at the city of Surgut to take his exams, and then we hang up.

Sasha is a 30-year-old entrepreneur who is trying to develop green ethnic tourism in the land where he was born. And besides that, Sasha is a Khanty. This is perhaps why he understands, unlike most Russians, that one of the world’s largest economies can’t be based for long on just draining natural resources.

Yet today he and his family are spending most of their time defending their right to the familial pasture grounds. The Aypins, also known as the Clan of the Beaver, belong to the indigenous Khanty people that inhabit Russia’s North-Western Siberia. This small indigenous group numbers around 30,000 men and women, many of whom still practice traditional crafts like reindeer farming, hunting, and fishing. The Aypins revere a local goddess, the Patroness of Agan, and ward many sites that the Khanty deem sacred, in the woods and on the banks of the river Agan. Unfortunately for the Khanty, their sacred sites are located right by a “shrine” of another kind. This part of Siberia provides around one half of the Russian overall oil extraction output, and oil is the principal resource that keeps the country’s ruling class afloat. 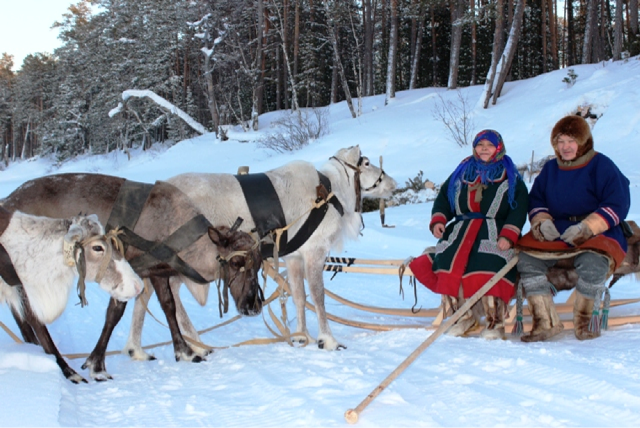 Sasha’s parents, Semion and Liubov, at the nomad camp Enel Uri near the Agan river. (Photo: Aleksandr Aypin for 350.org)

Last spring, Lukoil West Siberia decided to build a road for further oil drilling precisely through this last spot. The road could effectively destroy the fragile reindeer moss ecosystem while oil drilling and spills will pollute the remaining woods and rivers, once a Khanty microcosm. On top of that, oil extraction and its continued use entail further global climate change, which will likely make large-scale forest wildfires even more frequent.

The company does have a public drilling license but the existing procedure also requires it to reach an agreement with the indigenous peoples. Grotesque as it may seem, they say the compensation would often amount to a case of vodka in the past.

Yet the Aypin family decided they will stipulate their own conditions for Lukoil. They hired a lawyer, required to be paid $150,000 in return for the road, and demanded an obligation that there be no oil wells in the sacred sites which make up half of the area of the suggested oil production site. The company showed its commitment to dialogue in a peculiar way. One night they deployed construction equipment and started working at the site. Apparently, they decided not to waste money even on vodka. 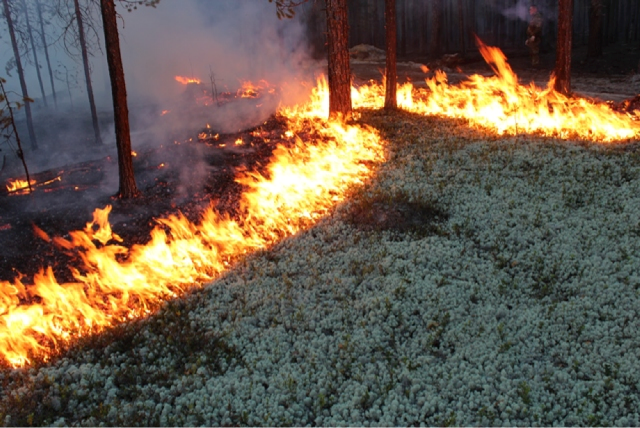 The Aypins are not the only ones who have seen enough of oil spills and fires.

Altogether, around 60 families in the district are unhappy with the situation and have recently addressed the country’s human rights ombudsman for help. 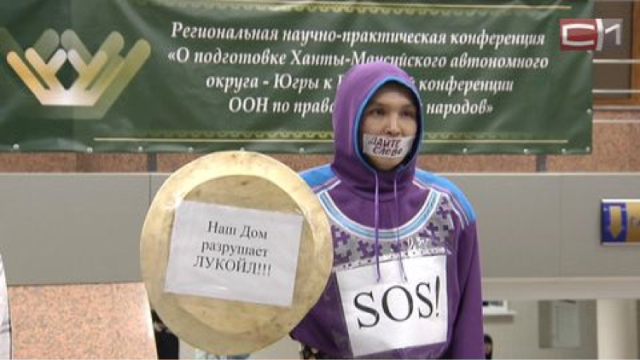 Sasha Aypin at a symbolic educational protest during the indigenous peoples conference. (Screenshot from local TV)

Similar processes are under way in other parts of the Russian Federation, too. A statement initiated by Greenpeace and signed by some 10 big indigenous peoples’ organizations says:

The peoples of the North will not tolerate the barbaric way in which oil companies destroy our land; we will not fling ourselves at their mercy. We urge for a ban on oil extraction on the Arctic sea shelf and declare a moratorium on the developing on-ground sites in the North until the companies assume responsibility for the damage they have already incurred to the nature.

Thanks to the Aypin family’s activism and the arrival of Greenpeace, information about this tiny conflict 1,500 miles from Russia's capital actually made national news. Many started thinking about the current situation: the history of the relations of the state with small indigenous peoples, the real price paid for oil, the distribution of the revenues, and the stability of the national economy. But so far the local state attorney office decided in favor of Lukoil and it’s hardly known if Sasha’s dream of ethnic green tourism and oil-independent Russia will ever come true. 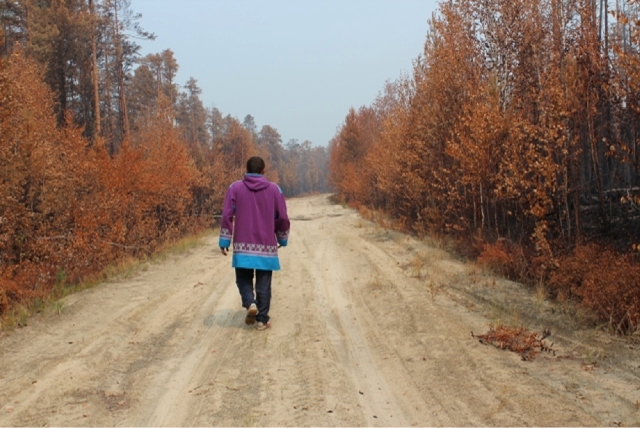 This photo was taken in the summer but the trees at the Aypin ground were already brown because of the wildfires and pollution. (Photo: Aleksandr Aypin for 350.org)

You can read the full version of this story, including an economic analysis of Russia’s dependency on oil and the corporate attack on Russian environmental law at 350.org.

While we were translating this article, the Khanty-Mansi Autonomous Area Governor supported the Aypins’ claim and Lukoil announced its decision to withdraw from the site ‘despite serious financial losses.’ The company will be looking for ‘alternative options’ of oil field development. It is not clear, however, whether these options will leave the Aypins’ land in peace. If you’d like to help the Aypins defend their rights or support Sasha’s start-up, please get in touch with us by e-mail Yuliya [@] 350.org.