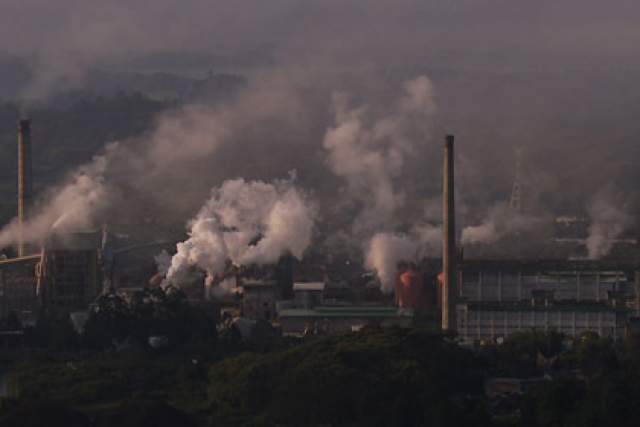 Once again, an Indonesian pulp and paper company is clearing the forests of indigenous communities to replace them with industrial tree plantations. Once again, villagers are protesting. Once again, the police and authorities are siding with the company.

In 2009, PT Toba Pulp Lestari announced that it was expanding its pulp and paper operations in Porsea, near Lake Toba in Sumatra from 165,000 tonnes per year to 300,000 tonnes per year. Since then, the company has been clearing communities’ forests, despite on-going land conflicts and protests by local communities. Recently, 31 villagers were arrested trying to stop the company from destroying their forests. 16 men are still in prison in Medan.

The indigenous people that live in Sipituhuta and Pandumaan villages have farmed resin from benzoin trees in the forests for more than 300 years. By destroying the forests and the benzoin trees, PT Toba Pulp Lestari is also destroying their livelihoods. “I struggle now to feed my children,” one of the villagers says. “All that will be left is to be a TPL plantation labourer. I do not want to be a labourer.”

PT Toba Pulp Lestari’s mill is owned by Sukanto Tanoto, the CEO of paper giant APRIL and one of Indonesia’s richest men. Activists in Indonesia are now calling for a boycott of Paper One, one APRIL’s most well-known brands.

Rainforest Action Network has set up an email action asking APRIL to respect human rights. The communities of Sipituhuta and Pandumaan have three demands:

Release all arrested community members and drop all charges against them;
Stop any further plantation expansion on their lands;
Return their stolen lands.
AMAN has put out a statement about the arrests:

Aliansi Masyarakat Adat Nusantara (Indigenous Peoples Alliance of the Archipelago) deeply regrets this incident and strongly condemns the arrests carried out by the security forces. PT. TPL and the security authorities must respect the rights of Indigenous Peoples in Panduman and Sipituhuta. Government of Indonesia shall take concrete action in addressing this conflict.

PT Toba Pulp Lestari was previously known as PT Inti Indorayon Utama. Since the mill started operations in 1989 it has faced resistance from local communities, because of deforestation to feed the mill and pollution from the mill. In 1998, massive protests by the local community effectively shut down the mill. In January 2000, then-Environment Minister Sonny Keraf recommended that the mill be closed down or relocated. Instead, the company changed its name, changed its board, raised new money and is now expanding its destructive operations.

Villagers have mapped out their land and requested that the Ministry of Forestry exclude their land from PT Toba Pulp Lestari’s concession. In 2010, Longgena Ginting, now head of Greenpeace Indonesia, reported that PT Toba Pulp Lestari had cut 5,000 of the villagers’ benzoin trees, according to community maps.

If the Government of Indonesia is serious about reducing deforestation, why is it allowing APRIL to continue bulldozing the community forests of Sipituhuta and Pandumaan?