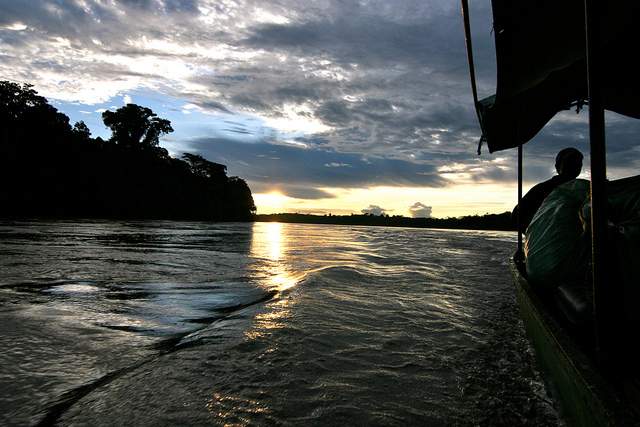 Around 500 Achuar indigenous protesters have occupied Peru’s biggest oil field in the Amazon rainforest near Ecuador to demand the clean-up of decades of contamination from spilled crude oil.

The oilfield operator, Argentine Pluspetrol, said output had fallen by 70% since the protesters occupied its facilities on Monday – a production drop of around 11,000 barrels per day.

Native communities have taken control of a thermoelectric plant, oil tanks and key roads in the Amazonian region of Loreto, where Pluspetrol operates block 1-AB, the company said on Thursday.

Protest leader, Carlos Sandi, told the Guardian that Achuar communities were being “silently poisoned” because the company Pluspetrol has not complied with a 2006 agreement to clean up pollution dating back four decades in oil block 1-AB.

Read full article in the Guardian.