1st May 2013 | Categories: Forests and Climate Change,  Livelihoods and Culture 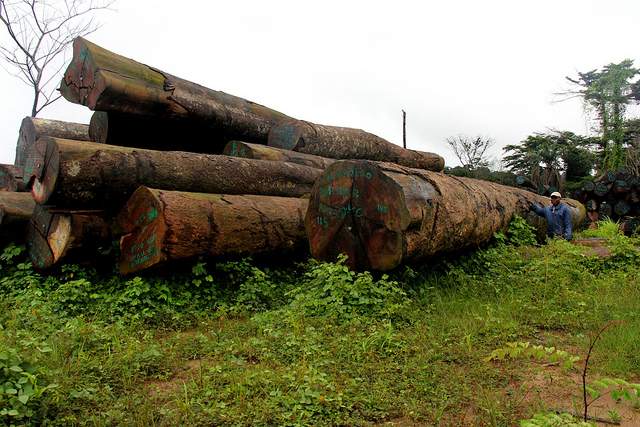 Collusion between political elites, civil servants and logging companies is systematically robbing people of their livelihoods, says a report (pdf) into corrupt forestry practices in Africa.

The extensive granting of “shadow permits” for small-scale logging in the Democratic Republic of the Congo (DRC), Liberia, Ghana and Cameroon bypasses new laws and environmental safeguards, and is forcing communities to meet their timber needs illegally, says NGO Global Witness.

The report, “Logging in the shadows”, identifies a “hidden” pattern of abuse in which hundreds of permits intended to promote small businesses and meet local needs are being allocated to large, often foreign, logging companies. These “shadow permits” open the door to lucrative, large-scale logging operations, which bypass the oversight of the authorities, it says.