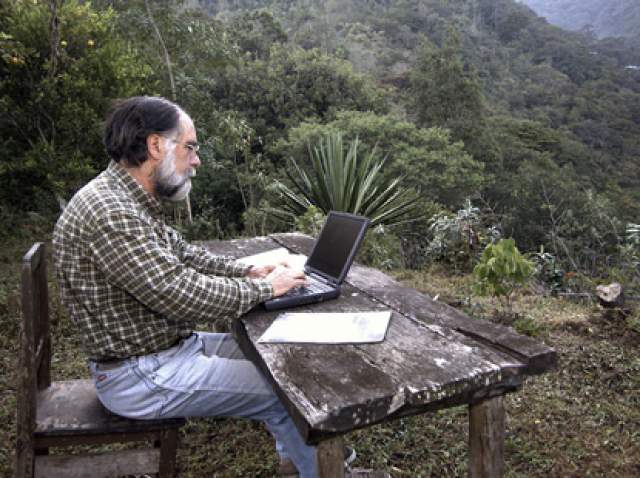 There are growing concerns for the safety of Carlos Zorrilla, an environmental activist in Ecuador, and others who have protested against development projects in the northern region of Intag. These concerns come after Ecuadorian President Rafael Correa repeatedly attacked their activities during his weekly addresses to the nation.

Carlos Zorrilla is a founding member of Intag Environmental Defense and Conservation (Defensa y Conservación Ecologica de Intag, DECOIN), an organization working to protect the ecosystem of Intag, a region in northern Ecuador rich in subtropical forests and biodiversity. For many years Carlos Zorrilla has participated in local initiatives to oppose mining activities which would harm the region’s environment and has initiated alternative development projects to mining.

On 14 September Intag community members who oppose mining in the area blocked access of National Mining Agency employees to enter part of Intag. They planned to take samples for an environmental assessment of the area. According to Carlos Zorrilla he was not in the area at the time.

Two weeks later on 28 September, President Rafael Correa broadcast photos and details of Intag activists, including Carlos Zorrilla, during his weekly televised address to the nation. He characterized their activities as “destabilizing” and as foreign-led interference with government policies. During another televised speech on 7 December, the President accused Carlos Zorrilla and other individuals again of defending foreign interests and called on the Ecuadorians to react.

The concern for the safety of Carlos Zorrilla and others named during the presidential speeches are reinforced by the sudden police closure of environmental organization Fundación Pachama on 4 December and failure of government officials to allow such organizations and activists to carry out their activities (see additional information).

Please write immediately in Spanish or your own language:

Calling on the government of Ecuador to refrain from arbitrarily accusing Carlos Zorrilla and other human rights defenders of destabilizing activities, as this may lead to indiscriminate retaliation against them;

Expressing concern that these government declarations could deter others from engaging in public actions to defend human rights;

Reminding them that States have the responsibility to protect human rights defenders and create the conditions necessary to ensure that they can carry out their legitimate activities without any unfair restrictions or fear of reprisals, as established in the 1998 UN Declaration on Human Rights Defenders.

Also send copies to diplomatic representatives accredited to your country.

Please check with your Amnesty International section office if sending appeals after the above date.