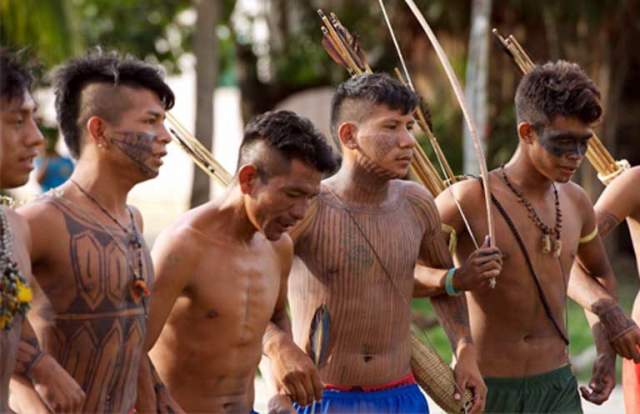 President Temer, influenced by the rural lobby in congress whose votes he needs to not be tried by the Supreme Court on corruption charges, has okayed new criteria meant to delegitimize indigenous land boundary claims, legal experts say.
One rule rejects any indigenous demarcation of land where Indians were not physically present on a traditional territory in 1988, which would disqualify many legitimate claims.
Another allows government to undertake “strategic” public works, such as dams and roads, without indigenous consent, violating the International Labor Organization’s 169 Convention, signed by Brazil.
The administration also introduced a bill likely to be passed by congress that reclassifies 349,000 hectares (1,347 square miles) of Jamanxim National Forest in the Amazon, gutting protections, allowing economic activities — logging, ranching, farming and mining — and legitimizing land grabs there.