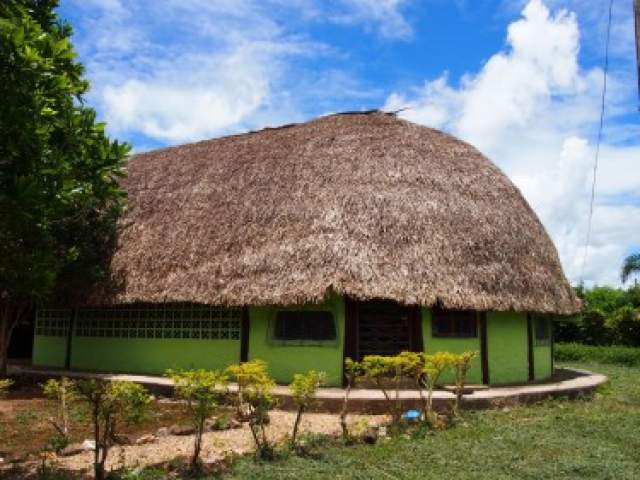 An education center created by the Paiter-Surui tribe in the Brazilian Amazon that will offer professional courses to the area's indigenous has finally opened.

The Paiter-Surui Cultural Training Center was launched in June 2013 and will offer technical and professional courses to the Paiter-Surui and other indigenous groups of the Amazon with a special focus on environmental preservation. In anticipation of the opening, the group published a video in March 2013 announcing it:

ocal indigenous peoples will have the opportunity to take courses in law, job creation and revenue and mapping, which will last two years. Classes will be daily, consisting of both theoretical and practical applied components. Although enrollment will not be unlimited, the Surui expect each course to enroll around 30 students.

The Paiter-Surui Formation Center is awaiting for formal approval from the Brazilian Minister of Education to start running its classes.

The Paiter-Surui tribe have faced a number of struggles since first contact with outsiders in 1969. Road construction invaded their land and disease devastated the population, reducing their population from 5,000 to around 290 individuals as the tribe chief affirmed in a video interview. More recently, the community has responded to threats of mining and illegal logging on their territory.

They hope a cluster of buildings will grow to serve as the site of the future Paiter-Surui Indigenous University of Brazil, the first of its kind in the country. According to Chief Narayamoga Almir, the leader of the Surui people: Initially, courses will be only open to indigenous individuals, but we are also building an Educational Policy Center so that these courses can be extended to all of society as a whole.

Leaders of the Surui people and representatives from partner organizations as the Amazon Preservation Team (Equipe de Conservação da Amazônia or ECAM, in Portuguese) and the Association of Ethno-Environmental Protection Kanindé traveled to the Indigenous University of Venezuela in May 2013 to learn how the model could be replicated in their own country. The Indigenous University of Venezuela, a public university created in 2010, is situated on 5,000 acres of rainforest in southern Venezuela and serves students from many different ethnic groups.

The Association of Ethno-Environmental Protection Kanindé wrote: We have many indigenous people doing courses in colleges and universities through the state [of Rondônia], but with an indigenous university we will strengthen the relationship of indigenous peoples with land and nature, because the content will bolster their culture.

The Indigenous University could be one more success in a long line of innovative approaches to development. Led by Chief Almir Surui, the Paiter-Surui people have gained international attention for their visionary 50-year management plan for the sustainable development of their people and natural resources. The plan includes a scheme to sell carbon credits from avoided deforestation, money which would be re-invested in the community. In June 2013, they became the first indigenous group to gain certification for their carbon project under two emerging carbon market standards.

The video below explains how they partnered with Google Earth and other organizations to use digital technology to map deforestation on their territory. You can also download a cultural map of their lands here to view on Google Earth.

They hope this new university will help indigenous peoples reconnect with traditional values and their lands. To get connected with the Surui, like the Associação Metareilá Facebook page or check out their blog.