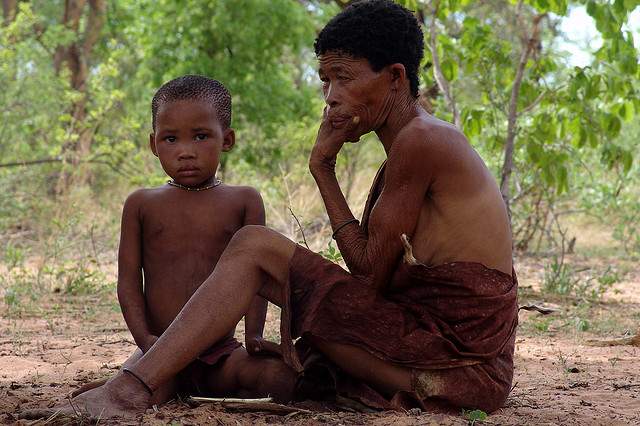 It may not have received much media attention yet, but a truly historic agreement was signed in South Africa on the 19th August – between indigenous San and Khoi groups and the pharmaceutical company, Cape Kingdom Nutraceuticals.

Acknowledging that the San and the Khoi’s medicinal plant knowledge predates that of any subsequent inhabitants of South Africa, the landmark deal confirms that they are ‘legally entitled to a fair and equitable share of the benefits that result from the commercial development of the buchu plant’.

It is a remarkable leap forward – with a private company finally recognising the concept of indigenous knowledge and the rights of indigenous people. And – at along last – rewarding them financially for their intellectual property, which has so often been exploited in the past without their agreement or even their knowledge.

“This benefit sharing agreement is a fitting acknowledgment of the wealth of knowledge that was gleaned from the San and the Khoi, who introduced buchu and its various medicinal benefits to the early Cape settlers at the beginning of the 17th century,” said Michael Stander, Managing Director of Cape Kingdom Nutraceuticals – a Cape Town-based company that acquires and processes the buchu plant in South Africa.

“Cape Kingdom’s buchu products benefit people around the country – but this would never have been possible without the initial knowledge of the San and the Khoi,” added Stander, who signed the deal with the South African San Council (SASC) and the National Khoisan Council (NKC). “For this reason, Cape Kingdom is proud to sign an agreement which recognises them as the primary traditional knowledge holders of this amazing plant, which is endemic to South Africa.”

Over the past 14 years, Cape Kingdom Nutraceuticals has actively researched the medicinal benefits of the buchu plant and developed extracts that address lifestyle threatening diseases such as obesity, diabetes and hypertension.

The buchu partnership was a long time in the making and was preceded by another ground-breaking agreement between SASC and NKC, which has been supported by OSISA, to negotiate jointly on behalf of the Khoi and the San to secure rights to the traditional knowledge and genetic resources shared by these two peoples.

His thoughts were echoed by Cecil LeFleur, Chairperson of the NKC, which has been funded and supported by the Open Society Initiative for Southern Africa (OSISA). “We are very excited to be part of this process,” LeFleur said. “We feel that this partnership will be to the benefit of the Khoi and San people in South Africa and will contribute to our development and empowerment.”

It should certainly pave the way for similar agreements in future – related to the remarkable wealth of indigenous medical knowledge built up by the country’s earliest inhabitants over thousands of years.

It is also another welcome indication that the rights of South Africa’s indigenous peoples are slowly being promoted and protected – not just by government but also by other sectors in society. There is still a long way to go to end centuries of abuse, violence, exploitation, and exclusion but the buchu deal is a huge step in the right direction – towards a brighter future.

And to highlight this, the agreement was signed at the Breakwater Lodge in Cape Town – creating a poignant link with the brutality suffered by many of South Africa’s indigenous people in the past.

“In 1898, AAS Le Fleur was imprisoned in what is now the Breakwater Lodge as a consequence of his leadership of the Griqua people in their struggle against colonialism and the dispossession of their land,” said Delme Cupido, OSISA’s Indigenous People’s Rights Programme Manager. “AAS Le Fleur subsequently started the Griqua National Council, which is now headed by his grandson, Cecil, who is also the Chairperson of the NKC and signed the agreement on NKC’s behalf.”

It has been a long wait but the seed planted by AAS Le Fleur is finally starting to bear fruit.