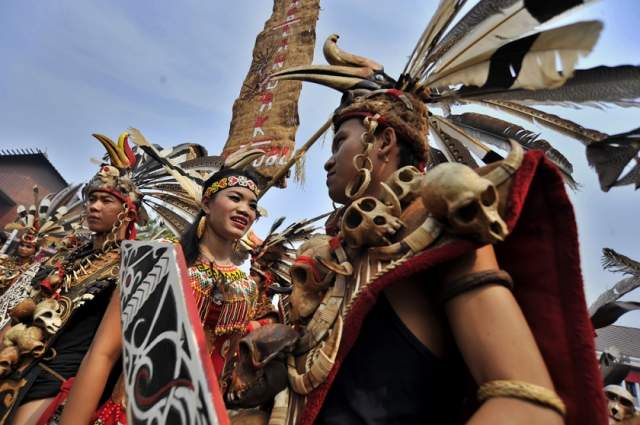 Indonesia's outspoken watchdog for indigenous peoples' rights has lambasted the government for not using the term “indigenous peoples” in the country's proposed climate actions outline for the period beyond 2020.

Abdon Nababan, the executive director of the Alliance of the Indigenous Peoples of the Archipelago (AMAN), told reporters in Jakarta that the government has chosen the term “adat communities” instead of the internationally accepted “indigenous peoples” in the INDC, which will be discussed during a climate conference in Paris scheduled for Nov. 30-Dec. 11.

“This shows the half-heartedness of the government in attending to indigenous peoples in a global forum,” Abdon told a press conference on Monday.

The AMAN chairman argued that by using the term “adat communities”—essentially the communities of people, primarily indigenous and mostly living on outlying islands, who follow customary law—the government is trying to prevent that it would have to grant these people internationally recognized standards of protection.

To empower the archipelago's indigenous peoples, AMAN says the Indonesian government should change the term.