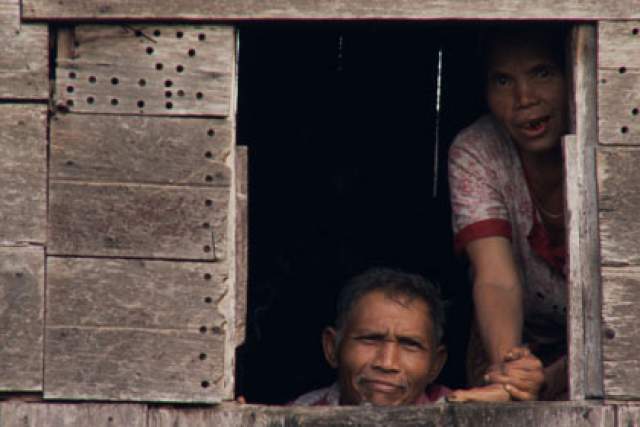 The story of Indigenous Rights is often a tale of tragedy and loss. Even with the exponential growth of the Indigenous Peoples movement over the past ten years, Nation States around the world are carrying out legislative and judicial offenses like never before. Corporations, meanwhile, continue to receive the right of way to Indigenous lands causing dozens if not hundreds of social, political, cultural, economic and environmental catastrophes that won't be soon forgotten. Fortunately, despite the many losses to Indigenous Peoples, lands and rights that we witnessed in 2014, there were a lot of great victories and successes too.

In January 2014, the Dongria Kondh Peoples of India's Odisha State celebrated a huge victory after India's authorities cancelled Vedanta Resources' proposed bauxite mine. Thanks to the steadfast Dongria Kondh, who were joined by an impressive amount of international support, India’s Supreme Court ruled in 2013 that the Kondh had the power to decide the fate of the project. After strongly rejecting what Vedanta was selling—in what is often referred to as the country’s first 'environmental referendum'—India made good on its word by tossing Vedanta's proposed mine in the trash bin.

In February, the Munduruku Peoples stepped up their efforts to defend the Tropas River from illegal miners. Rather than wait for resolution from an unreliable government, the Munduruku hopped into five speedboats and headed down the river with one objective: drive out the illegal miners. The Munduruku quickly succeeded. Upon arriving at the mining camp, painted for war, Paigomuyatpu, chief of the Munduruku warriors ordered, “You have ten minutes to get out. Get your things, go away, and don’t come back. This is the land of the Munduruku.” The miners wasted no time packing their bags to abandon the area. Paigomuyatpu later commented, “The miners already made too many damages in our territory. We are evicting problems, sickness, and many other things that are happening. We are evicting this for our future generation.”

As February came to a close, there was another great example of Indigenous Peoples and non-indigenous allies working in common cause, for Indigenous Rights in British Colombia, Canada. As a result of their jointly-sustained pressure, the federal government appropriately rejected Taseko's proposed New Prosperity Gold-Copper mine on Tsilhqot’in Nation lands. Grand Chief Stewart Phillip, President of the Union of B.C. Indian Chiefs, commented on the news: “The government made the only responsible decision, which was to protect the water and fish, and in doing so, protect the people. We will continue to steadfastly support and stand with the Tsilhqot’in as they move forward with their own plans to protect Teztan Biny and its environs. We also hope that this decision is a lesson taken to heart: that genuine, actual certainty on the land starts with the full recognition of Aboriginal title and rights.”

In the following month of March, some long-sought closure arrived for the Nama and Herero Peoples in Namibia with the return of 35 skulls and three skeletons who had perished in the Nama and Herero genocide of 1904-1908. Speaking at one of two hand-over ceremonies, the chief executive officer of Berlin's Charité University, Professor Karl Einhaupl, apologized for the role his predecessors played in experimenting on the remains, while reminding scientists around the world that they must aspire to be guided by historically-informed, scientific investigations to foster scientific accountability.

In the past, the German government has vigorously refused to even acknowledge the massacre of 70,000 Herero and 10,000 Nama as a genocide, the German experience in South West Africa being a precursor to Nazi colonialism and genocide. The medical experiments themselves were a testing ground for later Nazi medical procedures.

In April, Indonesia's forestry minister backtracked on his ministry's previous support for a massive 484,000 acre plantation that would have consumed most of the Aru Archipelago southwest of New Guinea. The surprising victory came after local activists implemented a “Two-pronged strategy to give visibility to the struggle,” wrote Selwyn Moran for IC Magazine. There was an “offline” strategy that consisted of street performances, discussions, music shows, hip-hop songs and poetry compilations, all mobilizing the youth of Ambon in solidarity. And there was an online strategy that consisted of “a compelling website and astute use of Twitter [that meant] within a couple of days, people throughout Indonesia and around the world were aware of the Menara Group's plans.” Moran continues, “In the end, the forestry minister, backtracking on the previous in-principle permit handed out by his ministry, said that a study team had just found that the land was not suitable for sugar-cane after all. Too hilly, he told the media.”

In June, the City council for Vancouver voted unanimously to acknowledge that the city sits on unceded Coast Salish traditional land. The City council stated at the time, “We are formally acknowledging that we are on the unceded traditional territory of the Musqueam, Squamish and Tsleil-Waututh First Nations. There was never any treaty with these nations…. At this point, the city is acknowledging that fact.” The motion arrived after the end of a year of reconciliation in the city, where events were held to recognize past injustices and work on rebuilding relationships.

In early September, Indigenous Peoples in Guatemala—joined by social movements, trade unions and farmer and women’s organizations—won a huge victory when Guatemala's congress repealed a controversial law that would have opened up a market for genetically modified seeds in the country, giving a handful of transnational companies exclusive rights to patent seeds. The Maya Peoples and social organizations alike warned that the so-called “Monsanto Law” violated the Constitution as well as the Maya’s right to traditional cultivation of their lands. Concentrating their efforts outside the Congress and Constitutional Court in Guatemala City, the protesters held their place for more than a week, demanding a complete cancellation of the law. To the surprise of many, Congress did just that.

Also in September, Shoal Lake 40 First Nation launched “The Museum Of Canadian Human Rights Violations,” a 'living museum' that offers guided tours of their own indigenous community, which just so happens to be the source of Winnipeg’s water supply. While not a victory per se, the creation of the museum opened the door to a desperately needed conversation in Manitoba concerning the government of Canada's expropriation of Shoal Lake 40 lands in 1914—an historical and ongoing injustice that is only now coming to national and international light.

The museum was launched just prior to the Grand Opening of the new Canadian Museum for Human Rights that was to feature a “Contemplation pond”—using water from Shoal Lake—so that visitors could have an opportunity to “reflect on human rights”. The Canadian museum, however, was not planning to mention anything that Shoal Lake 40 has endured for the sake of the installation including displacement, impoverishment, the loss of life and unsafe drinking water. Thankfully, the Canadian museum eventually came to its senses: The story of Shoal Lake 40 will soon be on permanent display in the Canadian Museum for Human Rights.

October saw another welcomed—albeit impermanent—victory for Indigenous Peoples in Hawai'i (traditionally known as Kanaka Maoli). As reported by Deep Green Resistance Hawai'i, on October 7, a ground-breaking ceremony was scheduled to kick off construction of the Thirty Meter Telescope (TMT), what many consider to be a “$1.5 billion desecration of sacred Mauna Ke'a. “The ceremony was intended to convince astronomers and the international audience that the TMT had the general backing of Native Hawaiians, going so far as to incorporate traditional Hawaiian cultural and ceremonial practices,” writes Deep Green Resistance Hawai'i. However, a group of protesters “Broke through the charade and made clear the fierce opposition to the project”. Ultimately, the protesters successfully disrupted the ceremony, forcing the organizers to shut off their live stream and go home early.

There were at least two more important successes for Indigenous Rights in 2014, both taking place on the same day.

On December 17, the Peruvian court of appeals struck down a lawsuit from the Yanacocha mine—majority owned by Colorado's Newmont Mining Corporation—that sought to expel and imprison an indigenous Peruvian family for supposedly “invading” their own land. For over three years, the head of the family, Maxima Acuña de Chaupe, refused to let the company turn her land into an open-pit gold mine, withstanding multiple violent eviction attempts by corporate and state agents. In the end, her diligence payed off.

Later that day, in Brazil, a controversial amendment to the constitution slowly made its way into history's trash bin. Brazil's Congress had gathered to vote on Proposed Constitutional Amendment (PEC) 215, a bill that would have granted Congress exclusive authority to decide the boundaries of all Indigenous lands past, present and future. PEC 215 was part of a laundry list of Bills and Ministerial Orders that were tabled for consideration in 2013. In response to the legislative assault, the Articulation of Indigenous Peoples of Brazil (APIB), a national representative organization that was launched in 2009, began mobilizing huge protests in order to defend the lands and rights of all Indigenous Peoples in Brazil. And once again, the effort was not in vein. Thanks to some astute parliamentary maneuvering, Congress failed to vote on the controversial Bill. That means, according to parliamentary rules, PEC 215 must be permanently archived.

Here's to many more victories and successes in 2015 and beyond.