We partner with many Indonesian organisations, including AMAN, the national indigenous peoples’ alliance as well as local NGOs and community groups.

The Samdhana Institute - an Asian Centre for Social and Environmental Renewal - is a community of practitioners: conservationists, development practitioners, and human rights activists. Their vision is for a region where natural, cultural and spiritual diversity are valued and environmental conflicts are resolved peacefully, with justice and equity for all parties.

LifeMosaic parters with Samdhana to strengthen leadership and popular education in Indonesia. 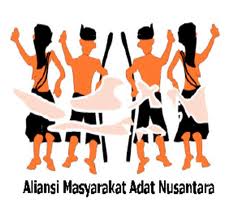 The Aliansi Masyarakat Adat Nusantara (AMAN) or Indigenous Peoples Alliance of the Archipelago was founded in 1999 and at present has a membership of 1,992 indigenous communities across the Indonesian archipelago. AMAN works to defend Indigenous Peoples' rights as well as well as to promote traditional knowledge and customary law. AMAN has been a key partner on several of LifeMosaic's projects in Indonesia and has been closely involved at all stages from design of the resources; storyboarding;  identifying key filming locations; developing the dissemination strategy and evaluation. They have distributed over 2,000 copies of the films through their networks and many of the regional AMAN groups have been our local contacts when filming.

Sawit Watch is an Indonesian Non-Government Organisation concerned with the social and environmental impacts of oil palm plantation developments in Indonesia. Sawit Watch seeks to promote sustainable social justice through human rights based approaches in its activities. It is active in 17 provinces and networks in related districts where oil palm plantations are now being developed in Indonesia. Sawit Watch is a key partner for LifeMosaic, and has distributed over 8,000 copies of our oil palm film across the country.

JKPP was established in 1996 in Bogor, West Java, Indonesia. It represents as a national network of individuals and organisations with strong experience in participatory mapping, spatial conflict advocacy and communal land rights. JKPP have used the climate change and REDD films in their trainings.

WALHI (Friends of the Earth Indonesia)

WALHI is the largest and oldest environmental advocacy NGO in Indonesia. It unites more than 450 NGO’s throughout Indonesia’s vast archipelago, with independent offices and grassroot constituencies located in 28 provinces. WALHI works on a wide range of issues, including conflict over access to natural resources, indigenous rights, marginalization of communities, pollution, deforestation, climate change, and biodiversity conservation. WALHI have used our resources widely across Indonesia and we often work with local WALHI groups when we produce films.

RMI (The Indonesian Institute for Forest and Environment)

RMI – The Indonesian Institute for Forest and Environment – is an independent and non-profit organization that works on environmental issues, particularly related to natural resource management. RMI concentrates its programs on the community-based forest resources management system with gender perspective through activities of education, community organizing, facilitation, participatory research and media campaign. RMI organised screenings of Fever and REDD films with a number of indigenous communities.

KSPPM (Association of the Study and Development of Community Initiatives)

KSPPM focuses its work on four regions in Indonesia (especially in North Sumatra), and serves over 3,000 members. Their focus is the promotion of organic farming as way to regenerate farming economies and recover land fertility. They also assist villagers and farmers through community based micro-credit unions, allowing farmers to work together and improve their quality of life.

LifeMosaic partnered with KSPPM in producing advocacy films about the stuggle of Padumaan-Sipituhuta communities to defend their land. They have also organised screenings in communities affected by eucalyptus plantations as part of their work strengthening community organisation.

JKMA is a non-governmental organisation that strives for community development based on the social, cultural, religious, legal, economic and political capital of customary institutions and practices known as adat. It supports local communities to take their adat as a basis for community development. JKMA have used the climate change and REDD films in their trainings and as discussion starters. 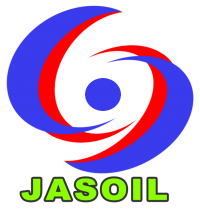 JASOIL is an advocacy and community organisation based in Papua. They have facilitated widespread distribution of LifeMosaic's films during their workshops and trainings with communities and community facilitators.

Justice, Peace and Integrity of Creation is a Franciscan initiative working towards bringing about justice and peace in our world, ending violence and war, poverty and oppression and the destruction of the planet. JPIC in Papua used 'Fever' films during their workshops and trainings. 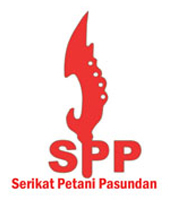 SPP (Pasundan Farmers Union) is one a major farmers organisation in Indonesia, based in West Java and operating in the districts of Garut, Tasik Malaya, Ciamis, and Pangandaran. Farmer groups organised with SPP have focused on large-scale organising, and education for critical consciousness, and have reclaimed a large area of land in West Java that was previously classed as Perhutani, state-run industrial tree plantations. Much of this land had been taken from the communities during the Dutch colonial era. SPP have been partners in the filming stage of the Land Rights project.