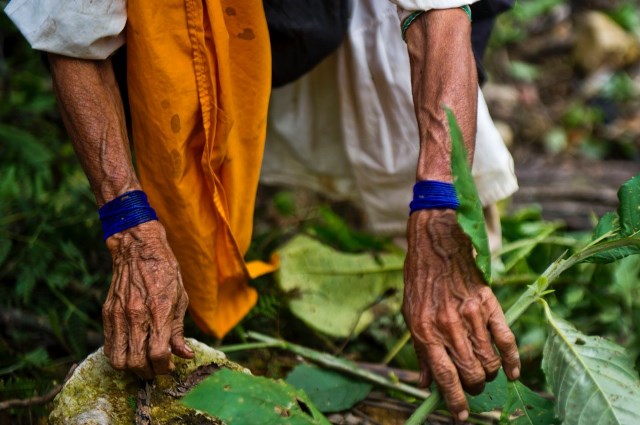 LifeMosaic was founded on a mandate from indigenous leaders and local, national and international NGOs attending a 2004 World Rainforest Movement meeting on oil palm and pulp and paper plantations in Jakarta, who called on better North-South ways of working, and on more NGOs empowering communities through their campaigning by:

Since being formally constituted in 2006, LifeMosaic has worked hard to fulfil this mandate, which has evolved through our partnerships and consultations. Our first six years were focused almost exclusively on film production and distribution, particularly in Indonesia.

Since 2010 the work has also expanded to Latin America and Africa. In addition to films for empowerment, our work today has grown to encompass next generation leadership, and approaches to self-determined development, including indigenous education.

We have longstanding, strong partnerships with a range of communities and movements around the world such as AMAN in Indonesia, the Misak People in Columbia, and the Maasai of Loliondo.

OUR TEAM(S) - We are a small group of dispersed staff and consultants (film-makers, trainers, facilitators) active in a number of areas around the world. Within the team, we identify several mini-teams (Indonesia, resource-development, dissemination, finance). In addition, we create core teams with partners outside of LifeMosaic to support the work in the places where we are most active. These teams need resources to operate. The teams collate and create tools, build relationships and determine locally-appropriate approaches, and build the capacity of local communities and movements. We encourage and enable these teams to draw on insights and approaches developed by others facing similar challenges in different places around the world.

OUR BOARD - We are supported by a small, internationally located board who act as elders, advisors, supporters and critical friends in the work.

We practice to stay true to our name, which is rooted in this statement by Darrell Posey, an engaged anthropologist:

“We must […] allow the ‘Voices of the Earth’ to become our intellectual and spiritual guides, so that we too can relearn what they know and practice: that the future of humanity depends upon the maintenance of the mosaic of biological, cultural, linguistic and spiritual diversity.”