About Territories of Life

What is Territories of Life?

The Territories of Life toolkit is a series of 10 short videos that share stories of resistance, resilience and hope with communities on the frontline of the global rush for land.

Who is Territories of Life for?

The Territories of Life toolkit is being shared freely with thousands of communities around the world whose territories are central to their way of being.  These include:

The videos are also a tool to build the capacity of NGOs and community-based organisations.

The videos can also be screened to government officials and other people whose work relates to or affects indigenous peoples and forests, as well as in schools, universities and other public events.

What are the 10 videos about?

Land Grabs - What are land grabs? Why are they happening, and what are their impacts?

Company Tactics - This video describes the tactics that companies use to convince communities to accept and support their projects, and shows that these tactics are used across continents and industries.

Benefits of Territory - What are the benefits of secure tenure for indigenous peoples, for the environment and for wider society?

Land Rights - This video describes and compares community concessions on state land, individual land ownership and communal ownership of territory. The video is especially for communities whose land rights have not yet been recognised, to help them think through what type of rights they want.

Life Plan - The Misak indigenous people in Colombia have developed and are carrying out their Life Plan, a long-term community-led plan for self-determined development on their territory. The video examines what a Life Plan is, why it is useful and the steps needed for its construction.

Women Champions of Buffalo River - This video is the story of a powerful women-led movement for indigenous land rights in Tanzania. What strategies did the women use? What strengths and pitfalls did they experience? And how did the men in their communities react to women taking the lead?

Half a Million Hectares of Hope - In the North East of Guatemala, amongst ancient Maya ruins and diverse tropical rainforest, lies one of the largest community-managed forests in the world. This video shares the good news story of how indigenous and rural communities protect and sustainably manage 500,000 hectares of forests, while bringing a variety of economic and social benefits to local people.

Vision of the Jaguar - This is a story of 20 indigenous youth from the Yaigoje Apoparis reserve in the Colombian Amazon. The youth take part in a training to learn about their culture and explore how to get involved in defending their territory from a gold-mining corporation .

Communications - This video looks at the ways three communities in Indonesia, Tanzania and Ecuador are using radio, internet, mainstream national and international media and video to bring the stories of their struggles to both the wider world and their local areas.

Using the Law - Learn from communities that have used national and international law to defend their rights.

Who are the communities in Territories of Life?

How can I watch the videos?

The Territories of Life toolkit can be watched and downloaded from this website. The videos are also available to indigenous peoples and their supporting groups on DVD and USB format. Please contact LifeMosaic to request a copy. 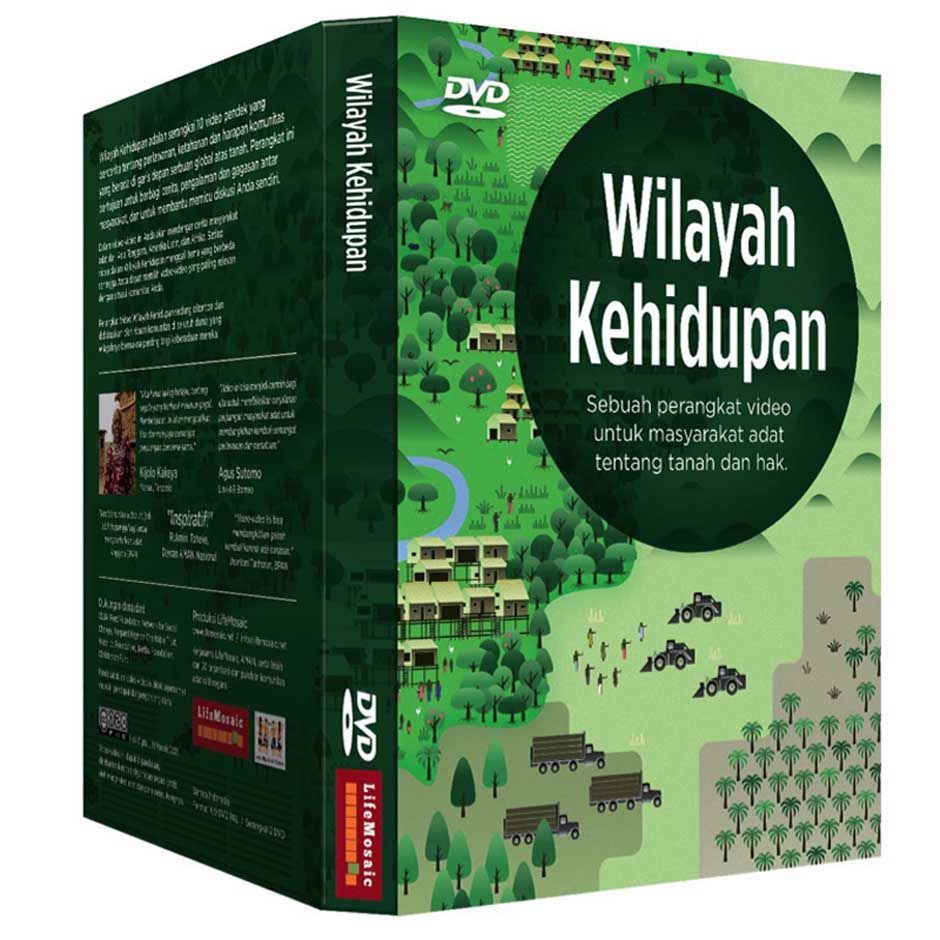 "Currently in communities, there is a lack of balanced information. There is more information from companies and the government than information on how plantations affect people in reality. We need information based on people's real experience."
Human rights activist, Indonesia