Focusing on public education, The War on Kids demonstrates how American public schools have become modeled after prisons in response to fear and a burgeoning intolerance of youth. The oppressive environment that students are subjected to, coupled with brutal responses to any transgression including the drugging of children,are shown to have long-term repercussions beyond creating a generation of dysfunctional adults. Ultimately, democracy itself is under siege. The War on Kids is a documentary on Public Education in America. While several documentaries on schools have come out since The War on Kids, these films tend to be either propaganda for charter schools or look at symptoms without any appreciation or understanding of underlying issues. To be a great documentary, it is essential to do the necessary work and dig deeper to uncover the heart of the problems observed. The numerous failures and pathologies associated with school are predominantly due to its autocratic structure. Because no one wants to voluntarily relinquish power, this fundamental problem is never addressed or even recognized. 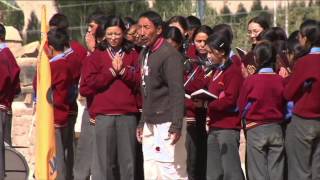 An important film that sets out the nature of western educaction and the harm that it is inflicting on many indigenous cultures.